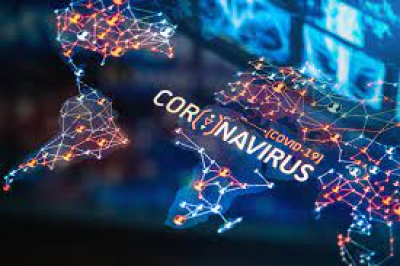 The current surge in COVID-19 infections seems to be showing signs of a sustained downward trend. Today the NICD reports 3 699 new COVID-19 cases that have been identified in South Africa, which brings the total number of laboratory-confirmed cases to 2 864 534.  This increase represents a 8.4% positivity rate.

NICD said a further 300 COVID-19 related deaths have been reported, bringing total fatalities to 85 302 to date.

Meanwhile South Africa expects a fourth wave of Covid-19 infections to hit in early December, which will likely last for as many as 75 days, according to the former chairman of the government’s ministerial advisory committee on Covid-19, Salim Abdool Karim.

This estimate assumes that the fourth wave will follow a similar pattern to the third wave, which appears to be waning amid a sustained decline in infections across the country over the last few weeks.

President Cyril Ramaphosa appealed to South Africans to get vaccinated in an address to the nation on Sunday evening (12 September). He said that over a quarter of all adult South Africans have received at least one vaccine dose and more than 7 million people are fully vaccinated.

"The more people that get vaccinated before December, the less likely it is that we will experience a devastating fourth wave over the holiday period. When we are vaccinated, we will be able to return our economy to full operation and create the jobs that our country needs," Ramaphosa said.

He noted that the government is considering introducing vaccine passports as part of the effort to reopen the economy fully. Further details would be announced in a fortnight.

The president warned over the potential for the municipal elections, scheduled for 1 November, to spread transmission of the virus. "In exactly 50 days’ time, South Africans will go to the polls in local government elections. It is vital that as we undertake this great democratic exercise, we do everything within our means to prevent a resurgence of Covid-19 infections," he said.

"We know that a vaccinated person can still be infected and can still pass on the virus to others. Most importantly, people who are vaccinated against Covid-19 are far less likely to die of the disease," he said.

Deputy vice-chancellor of Research and Innovation at the University of KwaZulu-Natal, professor Mosa Moshabela warned of a high risk of resurgence in new coronavirus infections if lockdown regulations are not balanced.

He said that adherence to rules around the various lockdown levels, "is not something we are good at". He pointed to the upcoming elections specifically, as an area for concern around the spread of Covid-19.

Researchers have identified a new SARS-CoV-2 variant, which they refer to as C.1.2. It has been detected in all provinces in South Africa at a relatively low frequency.

Professor Moshabela said that the C.1.2 does not appear to be taking hold as much as the previous variants, "but we can still be surprised because slight mutations in some of these variants can actually lead to resurgence".

He noted that the Mu variant – known by scientists as B1621, and on the WHO’s list of "variants of interest" – is still being observed and is being likened to the Beta variant in the sense that it has a strong tendency towards escaping immunity.

He said that the threat of a fourth wave is real.

A team of medical experts at Wits University last month discussed the likelihood of a fourth wave in South Africa, and more importantly when it is likely to occur.

"Frustratingly, this is not clear. We are guessing any time from October/November, because it seems to be following a cyclical pattern in many places, every six months, here and elsewhere. But the surges in different places, even between South African provinces, vary widely, with the peaks differing by two to three months, as well as in severity.

"Many countries, like ours, had a worse second and far more intense third wave; others have had two waves but with high levels of infection in between, and in some, the second wave wasn’t as bad.

Portugal had a third wave just a few weeks after the second. India’s third wave was devastating. So, wait and see and be prepared. In highly vaccinated countries, almost all the deaths are in unvaccinated people, which is why South Africa should single-mindedly focus on this."