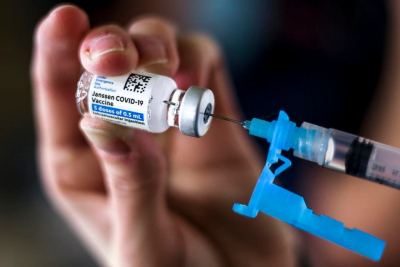 The current surge in COVID-19 infections seems to be showing signs of a sustained downward trend. Today NICD reports 3 648 new COVID-19 cases that have been identified in South Africa, which brings the total number of laboratory-confirmed cases to 2 877 063.  This increase represents a 8.3% positivity rate.

NICD said a further 173 COVID-19 related deaths have been reported, bringing total fatalities to 85 952 to date.

Meanwhile Health Minister, Dr Joe Phaahla, says his department remains focused on vaccinating adults against COVID-19, although there are rising infections in children younger than 18.

"Some of the vaccines have already been approved by [the South African Health Products Regularity Authority] for even below 18… Even though we know this, we want to remain focused for now on the high risk [population], which is the older people.

"If we can reach 70% of those aged 50 plus, we will know that when the next wave comes, our hospitals will not be overwhelmed, as it has been," Phaahla said during a briefing to the media on the COVID-19 pandemic and the country’s vaccine rollout plans.

Last week, the National Institute for Communicable Diseases confirmed that there had been a "shift in the age distribution of cases" from older to younger people, driven by the Delta variant in the third wave.

"Since mid-July, the incidence and proportion testing positive among people under 20 years has increased relative to older age groups. During waves 1 and 2, schools were closed for extended periods, resulting in lower exposure and therefore lower immunity in younger people.

"The reopening of schools in late July, together with the Delta variant, has led to school outbreaks in August. The third wave has seen an increase in the number of children of school-going age testing positive for the virus compared to previous waves," the institute said.

The Minister acknowledged higher infection rates in the youth but said the decision to hold back on vaccinating them is expected to be reviewed towards the end of October or just after the Local Government Elections on November 1.

"By the time we are done with elections, we will see whether there has been a super spreader event or not. By that time, we would have covered a lot [of people]… and our stock of the vaccine would be improved. We will keep on reviewing [that decision]," he said.

According to the Minister, just under 30% of people over the age of 50 have been vaccinated.

"I am hoping that at the least by the end of October, we could be close to 50%. When we reach that, we might be in a better position to say can we now consider the children below 18," the Minister said.