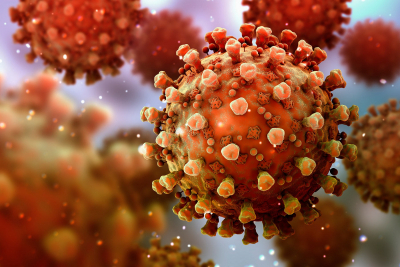 The current surge in COVID-19 infections seems to be showing signs of a sustained downward trend. Today NICD reports 1,504 new COVID-19 cases that have been identified in South Africa, which brings the total number of laboratory-confirmed cases to 2,884,134. This increase represents a 7.0% positivity rate.

NICD said a further 42 COVID-19 related deaths have been reported, bringing total fatalities to 86,216 to date and 17,374,385 tests have been conducted in both public and private sectors.

Meanwhile the US will allow entry to South African travellers as long as they’re fully vaccinated against Covid-19.

The US government has had a travel ban imposed on most countries for more than 18 months.

The measures, announced on Monday by the White House, will ease restrictions on the UK and the 26 Schengen countries in Europe, as well as Ireland, China, Iran, Brazil, South Africa and India, The Guardian reported.

Travellers must prove that they are fully vaccinated before boarding a flight and must have a negative Covid-19 test within 72 hours of departure. They will not be required to quarantine upon arrival in the US, AFP reported.

Bloomberg reports that while the move will open the US to millions of vaccinated people, the White House cast the measure as a crackdown, pointing to stricter testing rules and a new contact tracing regime.

The new policy will take effect in "early November", according to the White House, though the precise date isn’t yet clear.

"We know vaccines are effective, including against the delta variant, and vaccines are the best line of defence against [Covid-19], so this vaccination requirement deploys the best tool we have in our arsenal to keep people safe and prevent the spread of the virus," White House Covid-19 response coordinator Jeff Zients told reporters on Monday.

The new rules will replace the current system, which includes outright bans on entry for foreigners who’ve been in certain regions, such as the UK and European Union, within the previous two weeks, regardless of vaccination status.

"We will protect Americans here at home and enhance the safety of international travel," Zients said.