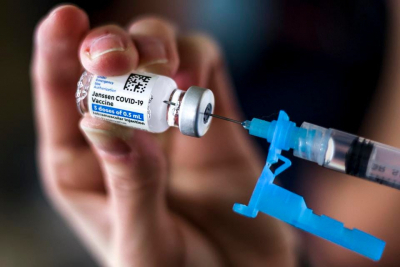 The National Institute for Communicable Diseases (NICD),reports 2,783 new COVID-19 cases that have been identified in South Africa, which brings the total number of laboratory-confirmed cases to 2,892,081. This increase represents a 6.8% positivity rate.

NICD said a further 155 COVID-19 related deaths have been reported, bringing total fatalities to 86,655 to date.

Meanwhile Deputy President David Mabuza, in his capacity as Chairperson of the Inter-Ministerial Committee (IMC) on COVID-19 Vaccines, has debunked the myth that the vaccine kills.

"Vaccination protects people’s lives. We’ve seen all those who have died because of COVID-19 and have been reassured that this vaccine is the only defence against this deadly disease. This notion that it kills or ‘trips the main switch’ as some would like to believe, is not true. The vaccine doesn’t kill," he stressed.

The Deputy President was speaking at the Ehlanzeni District in Mpumalanga on Thursday, where he undertook an oversight visit.

He also assured people that medical experts have thoroughly tested and found the vaccine to be safe and effective in preventing severe COVID-19 illness.

He encouraged chiefs and community leaders to embark on door-to-door campaigns to get people vaccinated.

He called on leaders to collectively come up with ideas on how they can speedily get more people to vaccinate.

Deputy Minister in the Presidency responsible for State Security, Zizi Kodwa, who accompanied Mabuza, said the challenge of availability of vaccines is the thing of the past.

Kodwa said one of government’s strategies is to have more pop-up vaccination sites across the country to boost the rollout campaign.

"That’s why we’re meeting the chiefs so that their traditional authority councils can be used because they’re quite accessible to the people."

Kodwa said government is determined to deal with some of the myths that drive vaccine hesitancy, especially in the 18 and 34 years age group.

"However, we’re also worried because even at the age of 60 and above, vaccination numbers are low. We hope our message today will turn the situation around."

Kodwa said government is working around the clock for the country to go back to full economic activity, which cannot happen if people are not vaccinated.

"We also want to make sure that vaccination rollout is maximised, including in rural areas."

Government, Kodwa said, is pressing towards its goal of vaccinating over 60% of the adult population by December.

"We think that some improvement in some areas that are also rural such as the Eastern Cape, Limpopo and KwaZulu-Natal, gives us hope that we can do better in provinces like Mpumalanga as well."