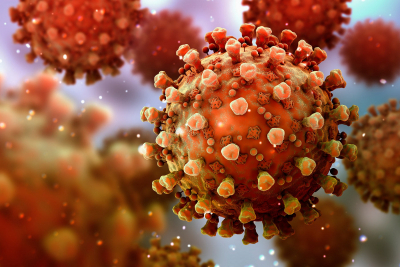 The National Institute for Communicable Diseases (NICD), reports 1,367 new COVID-19 cases that have been identified in South Africa, which brings the total number of laboratory-confirmed cases to 2,898,888. This increase represents a 8.6% positivity rate.

NICD said a further 201 COVID-19 related deaths have been reported, bringing total fatalities to 87,417 to date.

"We are watching Discovery and seeing what they are doing because we would like to have something similar," Mahanyele-Dabengwa said.

Naspers has a cross-shareholding with Amsterdam-based Prosus, which houses most of the e-commerce giant’s international internet assets. The group has 4,808 permanent employees.

Discovery has said that it will make vaccinations mandatory for all employees by 2022, adding that this policy will extend to all of the group’s properties across South Africa.

PSG Group chief executive officer Piet Mouton has also expressed his support for vaccinations in recent weeks, saying that it was not only a social and health issue but, more vitally, an economic one.

Refusing vaccination is wilfully choosing lockdown and its consequences over reviving the economy, he said – adding that those who refuse vaccination should lose their right to complain about the state of the economy, as it is their refusal to vaccinate that is keeping the country in perpetual lockdown.

He also said that those who refuse to get vaccinated should be restricted from public spaces and private businesses that have adopted mandatory vaccination policies. This includes restaurants, public parks, shopping centres, airports, companies,  and educational institutions.

South Africa’s vaccination efforts will be critical in limiting a potential fourth wave of Covid-19 infections at the end of 2021, said president Cyril Ramaphosa.

Responding in an oral Q&A in parliament at the start of September, the president said that getting vaccinated was key to restarting normal activities in the country.

"Getting vaccinated is not only a personal choice about protecting yourself from infection. It is also about protecting others, including your family, friends and co-workers, and allowing the whole of society to return to regular activity more quickly.

"If we can vaccinate a large enough proportion of our population – particularly the adult population – by December, we can avoid another devastating wave of infections and restrictions on the economy," he said.

Ramaphosa said that those who refuse to be vaccinated increase the risks for others – not only of a further resurgence of infections but of prolonged economic hardship and lack of recovery.

"We, therefore, all have a responsibility to encourage all South Africans over the age of 18 to go to their nearest vaccination site today to protect themselves, to protect others and to help all of us get our economy back on track.

"Above all, vaccines are free in our country, they are safe, and they are effective." Despite the push for vaccinations, Ramaphosa said that no one should be forced to be vaccinated.