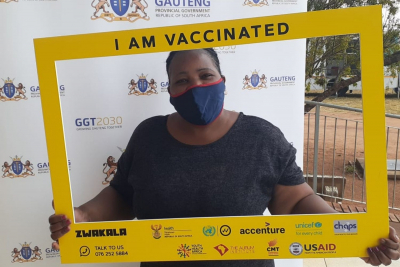 The National Institute for Communicable Diseases (NICD),reports 592 new COVID-19 cases that have been identified in South Africa, which brings the total number of laboratory-confirmed cases to 2,912,938. This increase represents a 2.1% positivity rate.

NICD said a further 83 COVID-19 related deaths have been reported, bringing total fatalities to 88,429 to date.

South Africa is home to over 10 million adults who are now fully vaccinated as of Monday.

This comes after 139 899 either received the one dose of the Johnson & Johnson or two-dose Pfizer vaccine.

This means there are now 10 059 118 eligible citizens who are fully jabbed, which translates to 25.28% of the country’s adult population.

Meanwhile the economic and social impacts of COVID-19 have compounded the existing challenges young people face, threatening the prospects of reaping a demographic dividend.

"We have to admit that our tiniest, dynamic intervention and response measures to avoid spreading the disease had a number of unintended consequences, including disruptive implementation for the health sector, education, training, and of course, job opportunities," said the Department of Social Development Acting Director-General, Linton Mchunu.

Mchunu was on Tuesday delivering the keynote address on behalf of Minister Lindiwe Zulu on the "Rights and Choices, Youth Demographic Dividend" during the commemoration of World Population Day in partnership with the United Nations Population Fund (UNPF).

The two-day event aims to raise awareness on the importance of population and development related issues.

Mchunu told delegates that government has been working hard to cushion the poor from COVID-19's blow and loss of employment especially the youth and women, who are more likely employed in lower-earning informal sector jobs with no or limited social protection measures.

"When we did the first iteration of the R350 grant, we realised that a lot of young men in particular between the ages of 18 and 35, were the most applicants."

However, the department saw a rise in female applicants during their second instalment when the Social Relief of Distress (SRD) grant opened to caregivers.

"And because women play a critical role as caregivers in this country, we have been able as department to provide that level of support, particularly because of the jobs that have been lost for that age bracket of young people."

In addition, he said young, poor, and mostly females or Africans were hardest hit by lack of access to services such as healthcare.

"As human and financial resources were diverted to the COVID-19 response, sexual, gender-based violence and femicide, which was rife pre-COVID-19 escalated to an extent our President has termed it as the second pandemic."