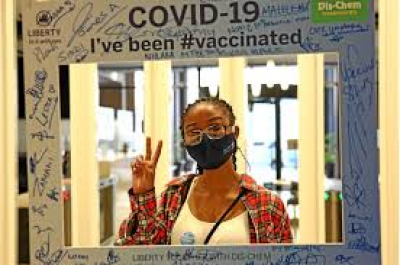 The National Institute for Communicable Diseases (NICD),reports 947 new COVID-19 cases that have been identified in South Africa, which brings the total number of laboratory-confirmed cases to 2,914,827. This increase represents a 2.7% positivity rate.

NICD said  a further 40 COVID-19 related deaths have been reported, bringing total fatalities to 88,506 to date.

According to the WHO’s weekly epidemiological update, the numbers of weekly COVID-19 cases and deaths has continued to decline since late August.

The WHO said over 2.8 million new cases and over 46 000 new deaths were reported during the week of 4 to 10 October 2021, representing a 7% and 10% decrease respectively, as compared to the previous week.

Apart from the European region, all the other regions reported a decline, the agency added.

The data shows that the largest drop in new weekly cases was reported from the African region (32%), followed by the Western Pacific region (26%).

In addition, the new weekly deaths reported also declined in all regions except for the European region, which reported an increase of 11% as compared to the previous week.

"The largest decline in weekly deaths was reported from the Western Pacific and the African regions, with both showing a 34% decline as compared to the previous week."

Globally, no new countries, territories or areas reported cases with variants of concern (VOCs) in the past week. As of 12 October, the Delta variant has been reported across all six WHO regions, in 191 countries.