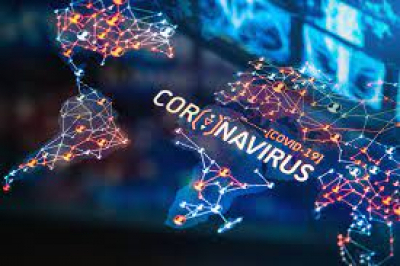 The National Institute for Communicable Diseases (NICD),reports 453 new COVID-19 cases that have been identified in South Africa, which brings the total number of laboratory-confirmed cases to 2 917 255. This increase represents a 1.6% positivity rate.

NICD said a further 50 COVID-19 related deaths have been reported, bringing total fatalities to 88 674 to date.

Meanwhile Gauteng premier David Makhura has warned that the province is likely to miss its 2021 vaccination targets, with South Africa facing the possibility of a fourth Covid-19 wave in December.

Addressing media on Monday (18 October), Makhura said that a total of 5.3 million Covid-19 vaccines had been administered in Gauteng. This is the equivalent of 26% of the total vaccines administered across South Africa to date.

However, Makhura said that as many as a million people in the province had received a first Pfizer Covid-19 jab but not returned for a second shot.

"We still have people who have taken their first dose who are a little bit reluctant to go back – or are taking longer to come back."

Makhura said that the issue was not related to logistics, with few queues reported at vaccination sites and no specific requirements required for people to take their second shot, other than a wait time.

"I am worried that we have had a million people who have taken their first doses and are not as enthusiastic as they are. We are appealing to them to turn up. Just that one million will make a big difference," he said.

Makhura also raised concerns about a fourth Coivid-19 wave in South Africa, which is expected to hit the country over the December holiday period.

Alongside concerns around the easing of lockdown restrictions, Makhura said that events such as the local government elections could lead to superspreader events.

"If we had more vaccinations, we wouldn’t be as worried. We are not even at 50% (nationally) with regards to single Pfizer doses given. We would be happier if we were at least 60%, and we still have a very long way to go.

Makhura noted that vaccination sites have already reported a decline in people showing up, with the province unlikely to reach its target of 70% vaccine target by December.