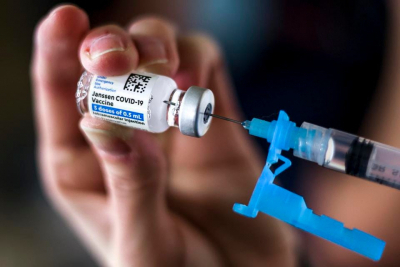 The National Institute for Communicable Diseases (NICD), reports 520 new COVID-19 cases that have been identified in South Africa, which brings the total number of laboratory-confirmed cases to 2 918 366. This increase represents a 1.6% positivity rate.

NICD said a a further 81 COVID-19 related deaths have been reported, bringing total fatalities to 88 835 to date.

A total of 6 843 children, aged between 12 and 17 years, had received their one shot of the Pfizer vaccine by 4pm on Wednesday after the country kick-started its vaccination campaign for youngsters.

The Department of Health’s records show that out of the 39 109 adolescents who signed up for the jab on the Electronic Vaccination Data System (EVDS) in the past 24 hours, 6 843 were vaccinated.

This comes after the department officially opened the registration and the vaccination of children aged 12 and older in the past 24 hours, following the Health Minister’s announcement last week.

"The first day of vaccination of 12 to 17-year-olds went well without reported challenges," said the department.

According to the department, Gauteng is leading in registration, with 15 573 adolescents who have registered.

The department said it was encouraged by parents who heeded the call to assist their children with registration and accompanied them to vaccination sites.

"That was a sign that they had frank and open discussions at home about the benefits of vaccines against the COVID-19 pandemic."

While the department said it did not expect high demand in the morning because the majority of children go to school. It did, however, experience long queues after 2pm.

The department said it was hoping that the numbers of youngsters flocking to vaccination centres would rise on weekends.

There are about six million youngsters in the secondary school cohort and the department aims to reach at least half before schools close.

In the United States, a new Centre for Disease Control and Prevention (CDC) study found that the Pfizer COVID-19 vaccine is "highly effective" at preventing hospitalisations among 12 to 18-year-olds.

According to a Forbes’ report, the Pfizer vaccine -- the only one approved in the US for those who are aged 17 and under -- was 93% effective at preventing COVID-19 hospitalisations.

The Delta variant of the Coronavirus, which drove South Africa's third wave, was the dominant strain at the time of the study.

"In a multistate network of US paediatric hospitals, this study found that receipt of two doses of Pfizer-BioNTech vaccine was highly effective in preventing COVID-19 hospitalisation among persons aged 12 to 18 years."

This data, according to the CDC, suggests that increasing vaccination coverage among this group could reduce the incidence of severe COVID-19.

As of 18 October 2021, the American government agency said 46% of adolescents and US children aged between 12 and 15 years and 54% of those aged between 16 and 17 were fully vaccinated.

"Further, as in-person school attendance increases, multicomponent preventive measures to reduce the incidence of severe COVID-19 among adolescents, including vaccination, are imperative," the report stated.