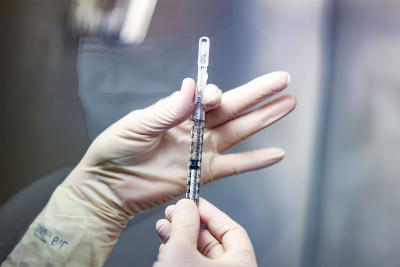 The National Institute for Communicable Diseases (NICD),reports 566 new COVID-19 cases that have been identified in South Africa, which brings the total number of laboratory-confirmed cases to 2 926 914. This increase represents a 1.6% positivity rate.

NICD said a further 11 COVID-19 related deaths have been reported, bringing total fatalities to 89 515 to date.

Between 8 and 14 November 2021, the increasing trend in new global weekly cases continued, with over 3.3 million new cases reported – a 6% increase as compared to the previous week.

According to the World Health Organisation (WHO), the Americas, the European and the Western Pacific regions all reported surges in new weekly infections as compared to the previous week, while all other regions reported stable or declining trends.

Similarly, the WHO’s weekly epidemiological update shows that the European region reported a 5% increase in new deaths, while the other regions recorded stable or declining trends.

Globally, the WHO said under 50 000 new deaths were logged, similar to the previous week.

As of 14 November, over 252 million confirmed global cases and over five million deaths have been reported.

"The current global genetic epidemiology of SARS-CoV-2 is characterised by a predominance of the Delta variant, with the declining prevalence of other variants among sequences submitted to publicly available datasets or detections reported to the WHO," the update read.

Data shows that Delta has outcompeted other variants, including other Variant of Concern (VOC) in most countries.