No plans to impose lockdown restrictions despite a rise in Covid-19 infections. 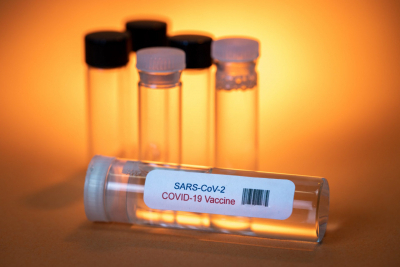 Health minister Joe Phaahla says that the country is seeing a rise in Covid-19 infections, but that health officials will not move to introduce stricter lockdown restrictions at the moment.

The health minister said that the fourth wave is not expected to be as severe as the previous three waves due to the natural immunity that has developed among the population. South Africa’s 40% vaccination rate among the adult population is also expected to provide protection, he said.

However, Phaahla said that the government was still cautious about these forecasts due to the potential impact of a new Covid-19 variant.

Phaahla said no government around the world could safely proclaim that they are prepared for a new wave of infections – pointing to an increase in infections in Europe which has proven difficult to contain.

He said that the government was ensuring that there would be sufficient bed capacity and oxygen supplies, but he said it was impossible to tell where in the country it could hit first and with what magnitude. This made logistics preparations difficult, he said.

Speaking on the issue of new restrictions, Phaahla said that the Department of Health wants to avoid imposing severe lockdowns as far as possible.

"We want to do as much as we can in terms of social restrictions to avoid super spreading, but without taking away too much from the liberties of people socially and economically. So we will advise accordingly," he said.

"As we see the numbers currently, our advice from our epidemiologist is that this (increase in cases) is an isolated cluster that must be contained through contact tracing, quarantine and isolation, but at this stage, we must not panic."

The National Institute for Communicable Diseases (NICD), reports 312 new COVID-19 cases that have been identified in South Africa, which brings the total number of laboratory-confirmed cases to 2,930,174. This increase represents a 2.3% positivity rate.

NICD said a further 10 COVID-19 related deaths have been reported, bringing total fatalities to 89,584 to date.