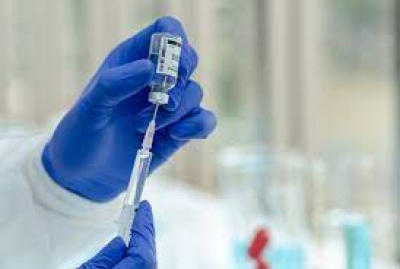 The National Institute for Communicable Diseases (NICD),reports 4,373 new COVID-19 cases that have been identified in South Africa, which brings the total number of laboratory-confirmed cases to 2,968,052. This increase represents a 10.2% positivity rate.

The majority of new cases today are from Gauteng (72%), followed by Western Cape and KwaZulu-Natal, each accounting for 6%. Limpopo and North West accounted for 5% respectively; Mpumalanga 3%, Free State 2% and Eastern Cape 1%. Northern Cape accounted for less than 1% of today’s new cases.

NICD said a further 21 COVID-19 related deaths have been reported, bringing total fatalities to 89,843 to date.

Meanwhile South Africa should be applauded for having alerted the world about the Omicron variant that is now beginning to spread around the world, says President Cyril Ramaphosa.

Ramaphosa has criticised countries who have imposed travel bans on South Africa, following the identification of the COVID-19 variant last week.

"We reject that in the strongest terms because to us it amounts to discrimination against a country like ours and some countries in Southern Africa, in fact we should be applauded as South Africa for having alerted the world about this variant that is now beginning to spreads around the world."

Speaking just before taking off to Nigeria, ahead of a four-nation visit to West Africa, the President said South Africa has proven that it has got the scientific capability that is able to identify a very threatening variant of the COVID-19 pandemic.

"We have shown the world that we are transparent, it is our responsibility to the world to demonstrate and show that we have found this variant and the least we expected is to be punished by various countries.

"That to us is most concerning, that is why we have come out in total rejection of these bans that have been imposed on Southern Africa and we are also insisting that these bans must be removed and lifted, because you do not try and contain a virus through imposing bans unscientifically and indiscriminately,"he said.

The President added that the world has advanced to a point where we now know that when people travel they should be tested on departure and arrival.

"We have got the tools and means to be able to deal with this, this also goes against the G20 roam spirit where the G20 countries agreed that we must open travel because the tourism industry around the world has really been devastated - and for us the tourism industry is one of the key industries and for Southern Africa as well.

"This is unfair and discriminatory against us and they are imposing an unfair punishment and we reject it and we call on them to lift it with immediate effect,"the President said.

Speaking on travel bans by fellow African countries, Ramaphosa said that he was deeply concerned and would like to have a discussion with them.