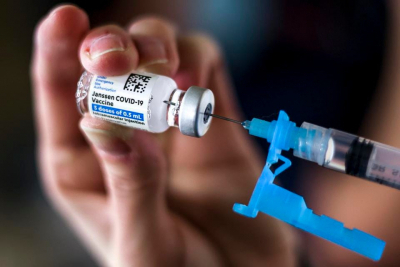 The National Institute for Communicable Diseases (NICD),reports 15,465 new COVID-19 cases that have been identified in South Africa, which brings the total number of laboratory-confirmed cases to 3,308,074. This increase represents a 30.7% positivity rate.

NICD said a further 3 COVID-19 related deaths have been reported, bringing total fatalities to 90,348 to date.

There has been an increase of 87 hospital admissions in the past 24 hours and for updates on the national vaccine programme, click here.

According to the National Institute for Communicable Diseases (NICD), there has been a decrease in patients who needed oxygen in the past few weeks.

"It's been lower than it was in comparison with any of the previous waves," said the NICD’s Dr Waasila Jassat.

In addition, she said fewer patients are relying on ventilation.

"In the last few weeks, a lower proportion of patients in both the public and private sectors have been admitted in critical care wards during their hospital stay."

For the first time, Jassat also noted that there are more non-severe patients in hospital compared to the first three resurgences.

"The case fatality ratio increases in the peaks of each wave in both the public and the private sectors. In the last few weeks, it declined and has been lower than before."

However, Jassat raised concerns about a very sharp rise in cases, which may lead to a rise in hospitalisations that may overwhelm the health system.

While children accounted for 35% of admissions in the early fourth wave, the doctor said that number has already started to decrease.

In addition, she said most admissions are among unvaccinated people.