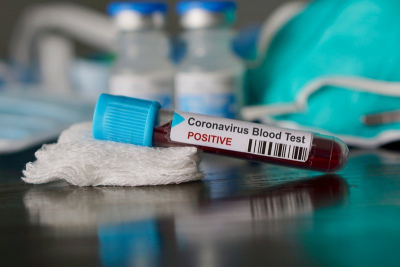 The National Institute for Communicable Diseases (NICD),reports 5,604 new COVID-19 cases that have been identified in South Africa, which brings the total number of laboratory-confirmed cases to 3,413,540.

This increase represents a 27.2% positivity rate.

NICD said a further 41 COVID-19 related deaths have been reported, bringing total fatalities to 90,814 to date.

South Africa will no longer require those who have been exposed to a positive coronavirus case to quarantine or test unless symptoms develop, according to a statement issued by the director general for the National Department of Health, Dr. Sandile Buthelezi.

According to the statement, all contact tracing will be stopped with immediate effect, except in cluster outbreaks or self-contained settings. The new regulations will also apply to both vaccinated and unvaccinated people, with applicable rules to be based on the severity of the illness.

Those who have been exposed to a positive case, but remain asymptomatic, will be asked to practice "self-observation" for five to seven days to monitor for the development of symptoms. However, enhanced precautions will still be required, including mask-wearing, social distancing and the avoidance of closed spaces.

Those experiencing "mild disease" after exposure will still be required to isolate for eight days, and must wear a mask at all times for the duration of their self-isolation period. However, Covid-19 testing will no longer be required after the isolation period has ended.

According to the health ministry, mild disease refers to persons who have symptoms and have tested positive, but who do not require hospitalization.

In the case of "severe disease," a self-isolation period of 10 days will be required, rather than eight days.

The revision of the country’s Covid-19 protocols was driven by early studies which suggest that infection caused by the Omicron variant may be less severe than other variants, with hospitalization rates in South Africa proving to be significantly lower than the last wave of the pandemic, when Delta was the dominant variant in the country.

On Wednesday, one of the country's top scientific researchers declared South Africa had passed the peak of its Omicron outbreak.

The government has also expressed its belief that containment strategies are "no longer appropriate," with mitigation seen to be the "only viable strategy" for tackling the virus.

"Quarantine has been costly to essential services and society as many people stay away from their work, and thus lose their income and children miss on their schooling,"the health ministry added.