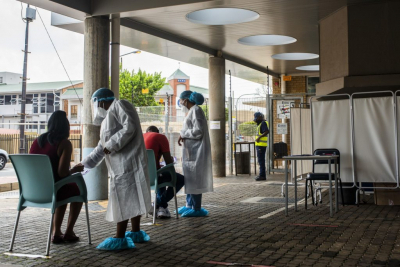 The National Institute for Communicable Diseases (NICD), reports 4,482 new COVID-19 cases that have been identified in South Africa, which brings the total number of laboratory-confirmed cases to 3,526,054.

South Africa currently has 146,649 active cases, while a further 82 Covid-19-related deaths were reported. This brings the total number of Covid-19 related deaths to 92,453.

The proportion of positive new cases/total new tested today is 17.6% which is lower than yesterday (19.0%).

Ten million plus cases in Africa

Africa has registered more than 10 million coronavirus cases, according to figures from the African Union’s health watchdog. A total of 231,157 deaths were recorded according to the CDC.

Data released by the Africa Centres for Disease Control and Prevention shows that as of Saturday there have been 10,028,508 cases reported by the African Union’s 55 member states since the outbreak of the pandemic.

Infections have soared since the highly contagious Omicron variant was discovered in South Africa in late November, prompting a number of countries on the continent to impose new restrictions.

However, vaccine uptake in Africa, home to nearly 1.2 billion people, has been low, due to poor access to jabs and some vaccine hesitancy.