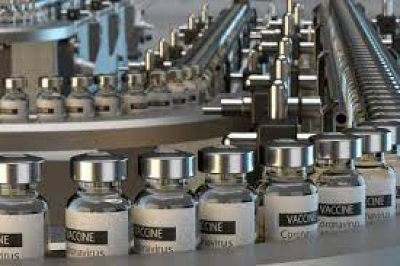 The National Institute for Communicable Diseases (NICD), reports 3 658 new COVID-19 cases that have been identified in South Africa, which brings the total number of laboratory-confirmed cases to 3 564 578.

This increase represents a 9.2% positivity rate.

Due to the ongoing audit exercise by the National Department of Health (NDoH), there may be a backlog of COVID-19 mortality cases reported. Today, the NDoH reports 100 deaths and of these, 30 occurred in the past 24 – 48 hours. This brings the total fatalities to 93 551 to date.

The President and Dr Soon-Shiong will also launch the Coalition to Accelerate Africa’s Access to Advanced Healthcare (The AAAH Coalition).

This launch comes after an announcement made by Dr Soon-Shiong in September last year of an ambitious initiative to build capacity for advanced health care in Africa.

NantSA, a division of NantWorks, and The AAAH Coalition aim to accelerate domestic production of pharmaceuticals, biologics and vaccines that will reach patients across the African continent.

In a statement on Monday, The Presidency said that through the synergistic efforts of  members of The AAAH Coalition, self-reliance will be accelerated around next-generation vaccines manufactured in South Africa for Africa, innovative therapeutics and pandemic preparedness.

"With the support of the Chan Soon-Shiong Family Foundation, institutes for infectious disease and cancer centres of excellence will be established at the universities of Cape Town and the Witwatersrand and the Chan Soon-Shiong Centre for Epidemic Response and Innovation (CSS CERI) at the University of Stellenbosch,"the Presidency said.

Ramaphosa and Dr Soon-Shiong will perform a ribbon-cutting for the official launch of the NantSA vaccine manufacturing campus at Brackengate and also present the vision and mission of The AAAH Coalitions.

The event will be attended by a select group of invitees including representatives of government, academia and the biotech industry.