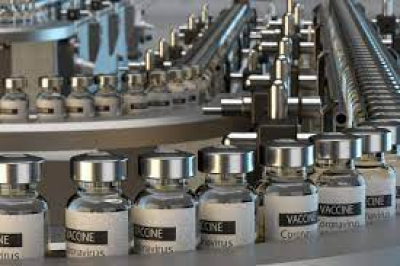 The National Institute for Communicable Diseases (NICD), reports 1,332 new COVID-19 cases that have been identified in South Africa, which brings the total number of laboratory-confirmed cases to 3,582,691.

This increase represents a 7.8% positivity rate.

Due to the ongoing audit exercise by the National Department of Health (NDoH), there may be a backlog of COVID-19 mortality cases reported. Today, the NDoH reports 88 deaths and of these, 14 occurred in the past 24 – 48 hours. This brings the total fatalities to 94,265 to date.

Experts warn that South Africa cannot rush to lift its state of disaster, as it risks creating a legal vacuum around ongoing restrictions and Covid-19 regulations Instead, a delay is needed to develop and introduce regulations that will allow government departments to keep managing Covid rules.

Professor Mosa Moshabela, deputy vice-chancellor of research and innovation at the University of KwaZulu-Natal, said this was particularly important as, without the state of disaster, the regulations would not stand up in court.

"Our regulations are linked to the Disaster Management Act. If we end it then we don’t really have the legislation that is going to anchor those regulations. If anyone were to challenge the regulations in court, they would win."

He told the publication that scrapping the state of disaster would also have an impact on the R350 social relief of distress grant which was introduced under the Act, and which millions of people still rely on.

These concerns were echoed by business group Business for South Africa (BUSA) which cautioned against lifting the state of disaster quickly. Instead, the group says that there needs to be a streamlined process of integrating regulations, which involves various stakeholders, including the business sector.

Health department deputy director-general Dr Nicholas Crisp said there are a number of departments that would need to adopt their own regulations and systems.

Once the state of disaster is lifted, each minister must implement their own regulations. There will be no National Coronavirus Command Council needed for decisions," he said.

On Thursday (20 January), President Cyril Ramaphosa says the National Coronavirus Command Council (NCCC) is considering whether or not the country will continue with the National State of Disaster legislation currently in place.

“We are examining how best we should handle the state of disaster in this period where the infections have tapered down and to see the efficacy of using the State of Disaster legislation or utilising other measures.

The National Coronavirus Command Council is examining exactly that to see whether we can use health protocols, health regulations to move forward in our management of this pandemic,"  Ramaphosa said.

He said the decision on whether to continue on with the National State of Disaster is a collective process, however, and any decision on it must be based on 'rationality'.

"We are government, we’ve got to be very rational in everything that we do so we are examining that. If we do not drop the legislation then we will have a very rational explanation to say why we should continue with the state of disaster legislation," he said.

Kallie Kriel, chief executive of AfriForum said the state of disaster poses a threat to freedom, as it gives the government extraordinary power to dramatically restrict civil liberties without subjecting such power to parliamentary oversight and decision-making in any way.

"The fact that the state of disaster can be prolonged repeatedly without parliamentary approval is a serious violation of sound democratic principles,"he said.

Solidarity chief executive Dr Dirk Hermann said the current state of disaster creates major uncertainty for workers, companies and the economy in general, and it must therefore be terminated.

The state of disaster enables the government to implement at short notice measures that affect the livelihood of businesses and workers. This sword hanging over the economy creates uncertainty that hampers capital formation and further expansion at a time when economic growth is crucially important,"Hermann said.