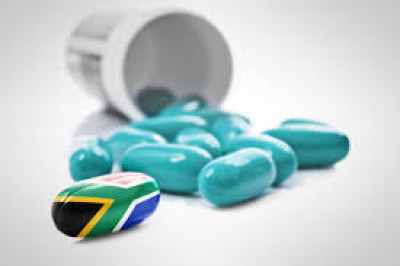 The National Institute for Communicable Diseases (NICD), reports 1,692 new COVID-19 cases that have been identified in South Africa, which brings the total number of laboratory-confirmed cases to 3,720,645.

This increase represents a 6.1% positivity rate.

Due to the ongoing audit exercise by the National Department of Health (NDoH), there may be a backlog of COVID-19 mortality cases reported. Today, the NDoH reports 10 deaths and of these, 1 occurred in the past 24 – 48 hours. This brings the total fatalities to 100,042 to date.

Meanwhile more than half of Americans may have never had Covid-19, according to US government data, leaving scientists wondering whether those who’ve avoided the novel coronavirus might actually be immune to the virus altogether. This could offer new clues into how to attack Covid-19.

At this stage in the pandemic, people may be immune due to vaccines, a past infection, or a combination of both. There’s also evidence that, in rare instances, some people may be Covid-immune without infection or vaccination at all.

The coronavirus’s frequent mutations and the fact that immunity wanes over time make it difficult to discern how many people are immune at any given moment.

Studies have shown, for example, that while omicron infections offer some immunity against delta, omicron is able to circumvent antibodies from both past infection with other variants and vaccination. Current surveillance techniques have also likely vastly underestimated the number of cases, as more people are taking Covid tests at home and not reporting the results.

As cases yet again rise in many regions more than two years into the pandemic, studying those who have not yet caught Covid has become just as critical as studying those who have. Experts say that people with so-called "super" immunity who appear resistant to the virus without vaccination may hold answers to important questions about why certain people get so sick while others don’t. Examining these cases could also help inform the development of vaccines and therapeutics less vulnerable to viral mutations.

"It is essentially defining what a best-case scenario looks like, which can also help to identify what is going wrong in those that don’t control the virus," said Leo Swadling, an immunologist at the University College of London.

It may be hard to believe that at this stage of the pandemic so many people have still never gotten sick. Perhaps people were asymptomatic and never knew they were infected, or, despite exposure to the virus, they just never tested positive. But even half of the population getting Covid is actually an extraordinary number of infections. The 1918 Spanish flu is estimated to have only infected 25% of the US population at the time, despite causing a huge number of deaths.

Early in the pandemic, Swadling set out to find out more about the lucky few who weren't getting sick.

"We were particularly interested in people who are exposed to the virus, but control it very quickly, clearing the virus before it can replicate to detectable levels and before it induces an antibody response," Swadling said. "It may help us better understand what immunity is best at protection from reinfection."

Swadling, along with colleagues in London, published a study in the journal Nature last November evaluating a group of UK health care workers during the first wave of the pandemic. They found evidence that some of the health care workers exposed to the virus were able to rid their bodies of it even before producing Covid-specific antibodies.

It turned out that for those people, exposure to other human coronaviruses, such as those that cause cold-like symptoms, had helped their bodies to fight off the novel coronavirus. This is because T-cells, a critical part of the body’s immune response, were able to recognize and target genetic elements of prior seasonal coronaviruses that also happened to be present in SARS-CoV-2.  That meant their bodies were able to attack the novel virus without the production of new antibodies specific to it.

Notably, the T-cells that those health care workers produced targeted a different part of the virus than the T-cells did in people who have a detectable Covid infection. Swadling said the while the T-cells produced by both vaccines and a detectable Covid-19 infection attack the frequently mutating spike protein of a virus, these health care workers' T-cells instead targeted the virus’ internal machinery. Researchers call these T-cells that appear effective against different coronaviruses "cross-reactive."

"We identified new parts of the virus that we can put into a vaccine to try to improve it ," Swadling said. These improvements, he said, could make vaccines better at preventing infection, more effective against new variants and more protective for immunocompromised individuals.

Immunity to a virus occurs when the body is able to recognize a pathogen and effectively fend off infection or disease. Antibodies, such as those acquired from a vaccine or previous infection, attack a virus as soon as it enters the body. T-cells act as another line of defense, working to stop the spread of infection and development of disease once the virus has made it into the body.

The mRNA vaccines such as those made by Pfizer and Moderna work by training the body to safely produce antibodies without infection, but they also spur the production of T-cells and B-cells. That’s why the vaccines effectively prevent hospitalization even when they don’t prevent infection altogether — even when antibodies have waned, T-cells are still there to help fight off an infection more quickly.

The study's authors proposed that T-cells they found – the ones that target the virus' internal machinery— may offer better protection against emerging variants because of their ability to attack a key part of the virus less vulnerable to mutations than its spike protein. They theorize that targeting those areas of the virus could make the shots more effective.

As labs work to develop a single shot that would offer broader protection against any Covid variant, at least one company, Gritstone Bio Inc., is looking to put Swadling’s theories to the test. Others have reached similar conclusions as Swadling and his colleagues.

One study found that in households where some people remained Covid-free despite exposure, those people also appeared protected by T-cells from past exposure to coronaviruses. Another study from January found that some children who did not develop Covid antibodies also had cross-reactive T-cells, which may be part of the reason why children generally have milder symptoms.

Knowing how many people have this heightened immune response is extremely difficult to assess. Some people may have managed to avoid the virus through continued caution or simply luck. But perhaps more important than knowing how many people fall into this category is the information about immunity that can be gathered from studying what sets them apart.

"T-cells are very long-lived so we may not need repeated vaccination," Swadling said.

Studying the super-immune, he said, may help us against omicron – and any future variants of concern.