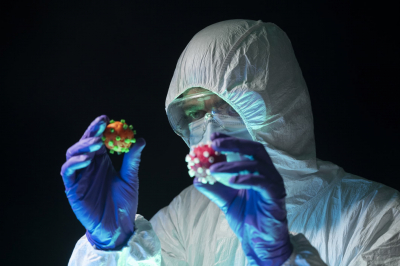 The National Institute for Communicable Diseases (NICD),reports 2,846 new COVID-19 cases that have been identified in South Africa, which brings the total number of laboratory-confirmed cases to 3,746,424.

This increase represents a 13.4% positivity rate.

Due to the ongoing audit exercise by the National Department of Health (NDoH), there may be a backlog of COVID-19 mortality cases reported. Today, the NDoH reports 16 deaths, and of these, 8 occurred in the past 24 – 48 hours. This brings the total fatalities to 100,211 to date.

Meanwhile British Prime Minister Boris Johnson has offered what he said was a "wholehearted" apology for attending an illegal party during lockdown, but insisted he didn’t knowingly break rules or mislead Parliament and brushed off calls to resign.

Johnson told lawmakers in the House of Commons on Tuesday that it "did not occur to me" that the birthday gathering, complete with a cake, was a party.

Opposition politicians, and some among the governing Conservatives, have called with increasing frustration for Johnson to quit since stories began to circulate late last year of parties in the prime minister’s office and other government buildings while the country was under coronavirus restrictions. The scandal came to be known as "Partygate".

Last week, Johnson was fined 50 British pounds ($65) for attending his own surprise birthday party in 10 Downing Street in June 2020, making him the first British prime minister ever found to have broken the law while in office.

Speaking as the House of Commons returned from an 11-day Easter break, Johnson acknowledged people's "hurt and anger", but added that "it did not occur to me then or subsequently that a gathering in the Cabinet Room, just before a vital meeting on COVID strategy, could amount to a breach of the rules."

"Even now as the latest mealy-mouthed apology stumbles out of one side of his mouth, a new set of deflections and distortions pour from the other," Starmer said.

"He knows he's dishonest and incapable of changing. So he drags everybody else down with him."

Labour is trying to get legislators to censure Johnson over the "Partygate" scandal.

Speaker Lindsay Hoyle said he would allow Labour to hold a Commons debate and vote on whether Johnson should be investigated for allegedly misleading Parliament.

The large Conservative majority in Parliament means the measure is unlikely to pass.

Johnson insisted Tuesday that he was contrite, but argued it would be wrong to change leaders while Britain faces crises including the war in Ukraine and a cost-of-living squeeze driven by surging energy and goods prices.