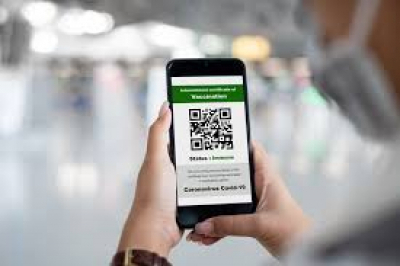 The National Institute for Communicable Diseases (NICD), reports 3 274 new COVID-19 cases that have been identified in South Africa, which brings the total number of laboratory-confirmed cases to 3 948 119.

This increase represents an 13.8% positivity rate.

Due to the ongoing audit exercise by the National Department of Health (NDoH), there may be a backlog of COVID-19 mortality cases reported. Today, the NDoH reports 36 deaths, and of these, 15 occurred in the past 24 – 48 hours. This brings the total fatalities to 101,128 to date.

Government will start to recognise all verifiable Covid-19 vaccination proofs with QR Codes – either paper-based or electronic – from international travellers coming into South Africa, starting from Friday, 27 May 2022.

This follows confusion over the current transitional health regulations announced in April after Cabinet terminated the national State of Disaster related to the Covid-19 pandemic.

Government spokesperson Phumla Williams said they had noted recent incidents at some ports of entry involving international travellers who presented proofs of vaccination, which were not defined in the current regime of regulations.

Williams said it is critical that these proofs of vaccination should be verifiable.

"Thus, in order to ensure smooth and fair verification process without inconveniencing the travellers at the ports of entry, the government will, with effect from today [27 May 2022] recognise all verifiable vaccination proofs with QR Codes, either paper-based or electronic," Williams said in a statement.

She said the details on the certificate or card should correspond with the information of the traveller as they appear on the passport.

"However, in cases where the vaccination certificate or card is not verifiable, the department officials have got the right to contact the relevant embassy or High Commission in South Africa to confirm a type proof of vaccination issued by respective countries."

According to current regulations, all inbound international travellers should present a valid certificate as proof of vaccination against Covid-19.

The transitional measures were adopted while government receives public comments on new health regulations relating to the surveillance and control of notifiable medical conditions. South Africans have until 5 July 2022 to make submissions.

Travellers were reminded that onsite Covid-19 testing services were available at the ports of entry for individuals who were unable to present proof of vaccination.

Travellers who test positive and experience symptoms of Covid would be required to self-isolate, Williams said.

More in this category: « SA records 3 801 new cases with a study showing a decline of vaccine hesitancy. SA records 4,074 new COVID-19 infections in the last 24 hours. »
back to top