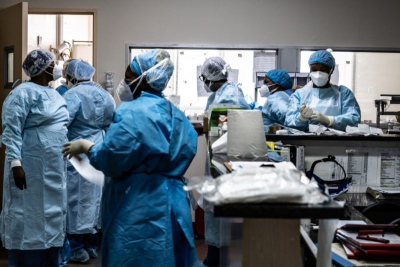 The National Institute for Communicable Diseases (Nice), reports 960 new COVID-19 cases that have been identified in South Africa, which brings the total number of laboratory-confirmed cases to 3 985 606.

A new World Trade Organisation deal that will partially waive patents for Covid-19 vaccines was not first prize for South Africa – but will help the country react quicker to new variants, said Minister of Trade and Industry Ebrahim Patel.

South Africa and India have fought since 2020 to set aside all patents related to Covid-19 treatments, tests and vaccines.

Following tough talks this week at the WTO, a new agreement was struck on Friday to waive patents on Covid-19 vaccines for developing countries for the next five years.

Developing countries can produce vaccines without getting the permission of the patent holders.

They can also get direct access to the dossiers that pharmaceutical companies have filed about the vaccines with regulatory authorities. This means they won’t have to depend on getting the information from the companies themselves, which will help speed up production.

In addition, producers in developing countries are now allowed to export 100% of their vaccines to other developing markets – scrapping a previous limit of 49%.

The new deal is not what South Africa and India wanted: it excludes patents on Covid-19 tests and life-saving medicines for patients suffering from the virus.

But Patel said South Africa chose a practical outcome, as the WTO can only reach agreements by consensus – even if a single country disagreed, there wouldn’t have been a deal.

"We recognised we won’t get first prize," Patel said. "In negotiations, you don’t choose your partners."

He said many developed countries were heartless at the beginning of the epidemic, and that pharmaceutical companies extract enormously high prices for medicines.

But Patel said the big challenge now was to create a demand for vaccines manufactured in Africa.

Pharmaceutical company Aspen is producing Covid-19 vaccines under licence from Johnson & Johnson in Gqeberha, but still hasn’t received a single order from other countries and now is considering closing the facility.

Patel said government is trying to convince the Gavi and Covax schemes set up by the World Health Organisation to procure vaccines for developing countries, to buy from Aspen.