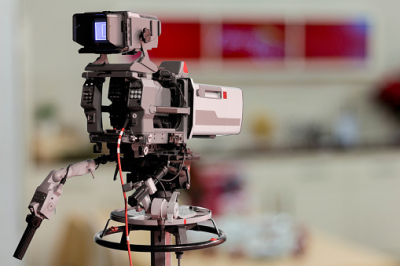 Following an intervention from various stakeholders,he was released over an hour after his arrest.

During a live broadcast at a voting station in Orlando East, Soweto, a police officer stood between Mhlaba and the camera - blocking him from broadcasting images from the centre.

Mhlaba and a cameraman were then escorted out of the voting station.

"It is rather unfortunate that this situation resulted in a confrontation between police and the journalist,"said police spokesperson Brigadier Vish Naidoo.

He said the matter has since been escalated to the provincial SAPS commissioner of Gauteng, who ordered the release of the journalist and an investigation into this matter.

Naidoo declined to give further details when pressed about what exactly transpired at the voting station.

Amnesty International has since spoken out against the "harassment" of Mhlaba.

"We are concerned by the reported arrest of a Newzroom Afrika journalist at a voting station. Journalists must be allowed to report on the elections without intimidation or harassment."

The global movement has since called on the Electoral Commission of South Africa (IEC) to investigate the incident.

"It was reported that citizens filming the incident were allegedly manhandled by the SAPS. This heavy handling and obstruction of journalists is a violation of their rights and it must cease immediately."

More in this category: « 'It’s been a few weeks of hard work,this is culmination of our election campaign' - Ramaphosa. Presiding officer caught stuffing ballot box in eThekwini - IEC. »
back to top