With 69% of votes counted,talks begin over who will govern hung municipalities. 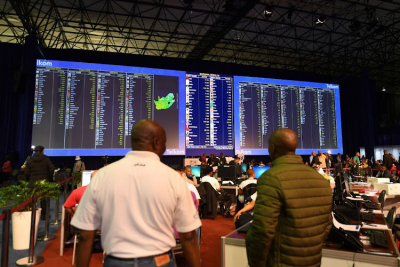 The picture of who will run the country’s 257 municipalities became clearer as vote counting in the 2021 Local Government Elections reached 69% on Wednesday morning.

On Tuesday, the Electoral Commission of South Africa (IEC) had aimed to complete 90% of vote counting by that evening.

However, the IEC in a statement on Wednesday said at the level of capturing, 90% of results were already in the system awaiting scanning and auditing.

This translated to 58 059 of the 64 502 expected results been captured in the results system.

The number of completed municipalities now stands at 111 from a total of 257.

By 1am, live results reflected on the Electoral Commission of South Africa’s (IEC) board showed that the ruling party had, so far, gained 46.2% of voters’ support, with the DA holding 22.5%, followed by the EFF with 10.9% of voters’ support.

In terms of councils, the ANC held 72 of them thus far, and the DA holds 21 councils.

In Limpopo, the ANC had already surpassed the 60% mark, while the DA and the EFF were nowhere near the 20% mark.

The same applied in the Eastern Cape, where party was sitting with a 65.53% of voter support.

There are also about 35 municipalities hanging in the balance, with Nelson Mandela Bay Municipality being one of them.

But it remains to be a long haul for the IEC, as only 58% of votes cast had been counted, shortly before 2am.

This is a far cry from the assurance the IEC had given early last night, that the counting of votes would be completed at about midnight.

Against the backdrop of the ANC and the DA's dismal performance, and the rise of smaller parties, many more South Africans will live in municipalities governed by coalitions.

By 21:00 on Tuesday, there were 35 hung municipalities - already up from 27 councils without an outright majority winner in 2016.

In many municipalities, smaller parties are expected to hold all the cards in the coalition talks as both the ANC and DA sees losses.

Newcomers on the block, Action SA, who are undoubtedly punching above their weight, finally indicated through their leader Herman Mashaba that they are willing to join forces with the party he broke away from citing irreconcilable damages.

DA leader John Steenhuisen cautioned Mashaba that he had only two clear paths to governance in Johannesburg which are that he would either partner with the ANC whom he has consistently and publicly said he would never align with, or work hand-in-hand with the DA.

The ANC had indicated that informal talks were already on the way.

"We have been approached by different political parties that have expressed interest and we will be evaluating all the parties that want to get into partnership with us," said Head of elections Fikile Mbalula.

He added that the ANC's partnership will be informed by "principle" and not similar ideology.

"If we were to go by ideology, we would not be in coalitions with the partners that we have been working with until now," said Mbalula.

He also indicated that there were no parties that the ANC were ruling out in terms of forming a coalition with.

The ANC head of elections did not rule out working with their nemesis, the DA in particular in Johannesburg.

More in this category: « IEC investigating complaints of ballot boxes with vote counting over 50% complete. HSRC survey finds 2021 municipal elections free and fair. »
back to top