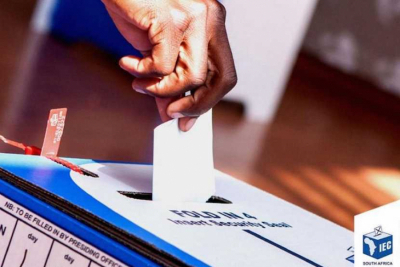 An interim election satisfaction survey (ESS) assessment has overwhelmingly determined that the 2021 Local Government Elections were free and fair.

The survey was conducted by the Human Sciences Research Council (HSRC). The HSRC was commissioned by the Electoral Commission of South Africa (IEC) to conduct two studies related to the 2021 municipal elections. The first was a Voter Participation Survey (VPS) between September and October 2021. The ESS was the second and was conducted on Election Day.

In the report released on Wednesday, the Council said voters provided an "overwhelmingly positive" evaluation of the management performance of the Electoral Commission and its officials at voting stations.

"An overwhelming majority of sampled voters (95%) feel that the election procedures were free. Provincially, this ranges from 90% in the Western Cape to 98% in Mpumalanga.

"Similarly, 94% of the voters are of the opinion that the election procedures were fair. Provincially, this figure varies between 90% in the Western Cape and 99% in Mpumalanga."

"These voter evaluations point firmly to the continued integrity of elections in the country," the HSRC said.

The HSRC sampled 12 000 voters from 300 voting stations across the country.

Key among its findings was that 68% of voters took less than 15 minutes to reach their voting stations, with 22% taking between 16-30 minutes. Only 7% took between 31 and 60 minutes, and 3% longer than an hour.

On average, 77% of voters waited less than 15 minutes in the queue before voting, 15% took between 16 and 30 minutes, while only 7% waited for longer.

Overall, 86% of the voters found the voting stations easily accessible to persons with disabilities and the elderly, while 7% did not.

The survey found that 61% of voters were of the view that political parties were very tolerant of one another during the 2021 election campaigns, with 26% reporting that parties were somewhat tolerant of each other.

"By contrast, 7% perceived intolerance, while 6% were uncertain,"the HSRC said.

More in this category: « With 69% of votes counted,talks begin over who will govern hung municipalities. Progress in relation to the finalisation of results now stands at 79%. »
back to top