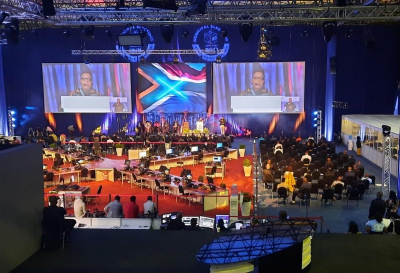 Progress in the finalisation of results in the 2021 Local Government Elections stood at 98.5% of expected results by mid-morning on Thursday.

The number of completed municipalities stood at 230 from a total of 257.

In a statement, the Electoral Commission of South Africa (IEC) said, at the level of capturing, 99.9% of results are already in the system awaiting scanning and auditing. "This means of the 64 502 results expected, 64 467 have been captured into the results system," it said.

The completion status in each province is as follows:

The IEC said the status indicated that the result collation process was just about finalised.

"The next step in the electoral process is for the Commission to formally declare the results and publish the names of the elected councillors.

"The publication of the names of councillors–designate will facilitate the convening of inaugural meetings of the re-constituted councils," it said.

The IEC was expected to release election results at 6pm on Thursday and president Cyril Ramaphosa will be in attendance.

Meanwhile Cabinet has thanked all the eligible voters who cast their ballot in Monday’s 2021 Local Government Elections.

Minister in the Presidency, Mondli Gungubele, relayed the message during a media briefing on the outcomes of the Cabinet meeting held on Wednesday.

"These elections mark the 21st anniversary of the establishment of a democratic local government in South Africa," Gungubele explained.

The Executive has also commended the voters’ tolerance, dignity and patience throughout Election Day.

"The smooth way in which the political parties contested the local election and the emergence of young candidates, especially women, is testament to our vibrant and functioning democracy," he added.

"Cabinet also commended media for the important role in providing voters with relevant information to assist them in exercising their democratic rights to choose the local government leaders."

He called on all South Africans to strengthen the country’s democracy by actively participating in forums and institutions, which holds the elected to account.

"We call for the newly elected officials to keep true to their electoral pledges and to serve all people equally and fairly,"he added.

More in this category: « IEC expected to release 2021 Municipal Election results at 6pm. ANC wins majority in 161 municipalities countrywide. »
back to top