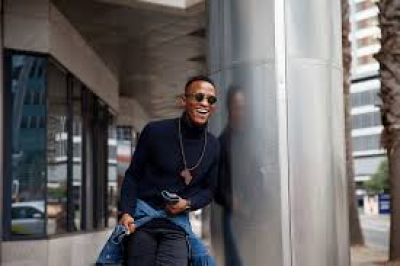 The South African Film and Television Awards (Saftas) have removed Katlego Maboe from the list of nominees for Best TV Presenter following public outcry over abuse allegations hanging over him.

In a statement on Friday, the award’s jury said they had decided to rescind his nomination, "after careful consideration of the concerns raised".

This comes after Maboe was revealed as a nominee for Best Presenter at the 2021 Saftas on 29 April, amid allegations of domestic abuse levelled by the mother of his child, Monique Muller.

The awards also removed his voting code from contention.

"The rescission is effective immediately and voting code 5 has been removed from the voting USSD line," Saftas said in a short statement.

Last year, the TV presenter, singer, songwriter was caught in a controversy storm, when video footage did the rounds on social media showing a visibly embarrassed Maboe admitting to having slept with another woman.

The former Expresso presenter has won in the category for two consecutive years in 2015 and 2016.

This year’s Saftas winners will be announced on May 22 on SABC3.

Twitter
More in this category: « AKA withdraws from Joburg Day event and other public appearances. Watch:Miss Mexico being crowned Miss Universe 2021. »
back to top