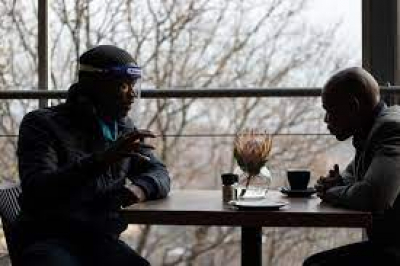 Entrepreneurial filmmaker and storyteller Charlie Vundla's latest film HOTELE LERALLANENG has landed him an Official Selection invitation to the 50th edition of the INTERNATIONAL FILM FESTIVAL ROTTERDAM (IFFR). HOTELE LERALLANENG is the only South African Feature Film in this year's festival. The prestigious event takes place in Rotterdam, The Netherlands 2 June - 6 June 2021 and marks the film's world premiere.

Set in this unprecedented season of shutdowns and inertia, HOTELE LERALLANENG is an introspective drama that goes in search of the most authentic expression of the deepest feelings and uncertainties.  With his keen eye for detail, honest characterisation and riveting storylines, Vundla skilfully draws the viewer into the lives of a group of young artists as they struggle with personal demons and questions of creativity, family and life in this new reality, while waiting out the pandemic in a beautiful hotel high in the Melville Koppies.

"This is an amazing validation of my film and our talented cast and crew," says Vundla of the invitation.

"HOTELE LERALLANENG is more than a film, it is a testament to the human spirit and a reflection on this time of stagnation. We were able to turn the lens inwards, try something different and authentically portray the lives of Black South African artists in a way that is not usually seen on screen", he continued.