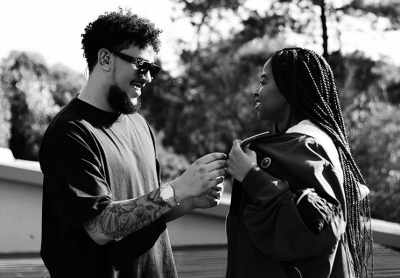 In a visibly difficult interview, Kiernan "AKA" Forbes sat down to answer tough questions posed by independent journalist Thembikile Mrototo.

Although he said that the series of events were "blurry", Forbes said the day before his fiancee Anele Nelli Tembe’s death was "a great day".

"We went to the V&A, had lunch, went shopping, went back to the hotel, got dressed, she looked beautiful, and we went to work. We came back around 11:30pm on Friday, met up with friends."

But one week before her death, Forbes said it was "a particularly difficult week in our relationship", fraught with arguments.

The trip to Cape Town was meant to serve as a reprieve, for the couple to try to work out some of the issues they had been having.

Sadly, the situation only got worse between the two.

Forbes explained that the couple spoke and disagreed the night before her death, into the early hours of the morning of 11 April.

"At one point, I decided it would be best to remove myself from the situation. I gathered my belongings and booked myself into another room. It got to a point where we argued more.

"She took [her] ring off and threw it at me, and said mean things. We continued to argue. Things took a turn for the worst when Anele threatened to kill herself, to jump off the balcony. She didn’t say it in those words.

"I had to call reception for security. And I’d tried to remove myself from the situation, I panicked, didn’t want to be there or feel like it’s going to happen, so I went to the bathroom.

"When I came out of the bathroom, she wasn’t in the room. I look around the room and she’s not there, I go to the balcony, look down into the street, and that’s where she was,” a visibly shaken Forbes revealed.

"I don’t know if [she jumped]… during the time I was on the phone or when I was in the bathroom, but that’s how I remember it."

Forbes was honest about how images and video footage that emerged Tembe’s death looked like, and that he "needs to own that".

"If I could redo it and go back in time, I keep thinking could I have done something different, and that torments me every single day.

My interview with AKA about his relationship with Anele Tembe, allegations that he abused her and day she died in Cape Town will be available on BarLeader's YouTube page from 7pm tonight. pic.twitter.com/vqDHeeHexf

Tembe apparently fell from the 10th floor of the Pepperclub Hotel in Cape Town in April.

But since her death, a number of photos and videos have emerged in their "challenging" and "tumultuous" relationship.

Forbes said the footage was being used by people close to the couple to fuel a "negative narrative on my character".

Since her death, his music career has taken a backseat, the most recent of which evident when he withdrew his performance at the upcoming annual Huawei Joburg Day.

This week, an unverified anonymous letter written to Podcast and Chill with MacG, was aired. The person claimed to be part of the Tembe family. In the letter, the person alleged that AKA may have introduced Tembe to drugs which made their relationship more unstable.

The interview has been removed from YouTube in order for production company BarLeader TV to fix some audio issues.