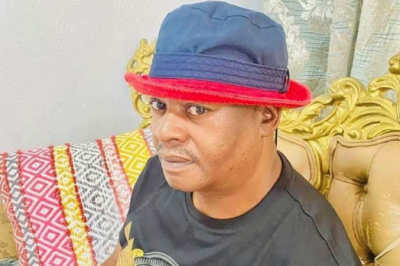 Legendary kwaito group Trompies is mourning the death of Emmanuel Mojalefa Matsane, popularly known as Mjokes, who died in a car accident in the early hours of Sunday morning.

According to a statement from Oskido, the accident happened in the early hours of this morning after their performance with group in Meadowlands.

"Further information regarding his memorial service and funeral will be given during the week, "he said.

Condolences have been pouring in on social media following his passing, with group member Eugene Mthethwa recounting the last moments he spent with his friend.

He said: “And then when we are excited to have our first live performance at our neighbourhood, ekasi, 'Endofaya' since lockdown, we are abruptly woken up to the most saddest news since the existence of Trompies, one of our members has passed on from a car accident.

"Mjokobezi, Emmanuel Mjokes Matsane has left us after performing last night at Di Soufeng. RIP ntwana, I don’t know where to start telling my kids that you spent your last moments with, talking to them more than you did with us last night, my baby girl Latoya would be so broken to hear that the love you showed her yesterday, was your goodbyes to all of us. Eish Mara life iskorokoro!"

Trompies was formed in 1995 and the members Spikiri,Mahoota,Donald Duck,Jakarumba & Mjokes grew up together in Soweto and agreed to form a band after they had all completed their music studies.

Meanwhile the Department of Sport, Arts and Culture has extended its deepest condolences to the family, friends and fans of iconic kwaito group, Trompies's, Emmanuel Mojalefa "Mjokes" Matsane.

Sport, Arts and Culture Minister Nathi Mthethwa said Mjokes was part of a collective that created a unique musical genre for South Africa.

"His contribution to the development of Kwaito and the music industry are notable life achievements, "Mthethwa said in a statement.

Twitter
More in this category: « Ngubane wins a posthumous South African Film and Television Award (Safta). Explore Africa’s rich film heritage with these shows on Showmax. »
back to top