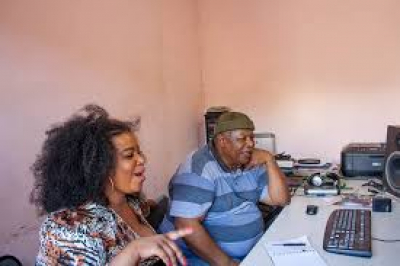 Mathunjwa was best known for his role as Vusi in Home Affairs and Rev Phiri in Bone of Bones died in the early hours of Monday morning.

He was also part of other productions such as Generations, Intsika, Soul City and iThemba.

His passing was confirmed by his daughter Zanoxolo Mathunjwa who took to social media and said that she was heartbroken.

Since the news of his passing, tributes and heartfelt messages of condolences have been pouring in for the veteran actor.

"uBab Mathunjwa has been an epitome of acting excellence and was very authentic in the roles he played, whether it was on television or theatre. The department, through the Gauteng Film Commission, was honoured to have worked with him in producing a South African short film Uzozwa Ngami. On behalf of the people of Gauteng, we want to extend our heartfelt condolences to the Mathunjwa family, friends and the entire performing arts industry. May his soul rest in eternal peace."

Jazz musician Prince Lengoasa said: "Ao kodwa Mr quarter-past-quarter, the funny man with a great heart. Kodwa yintoni, Bra Mac? Condolences to his family and the community of Kwa-Thema and the SA music and acting fraternities."

TV actor and stage actor James Ngcobo, who worked with Mathunjwa on Stokvel, said when he was starting in the acting industry, he looked up to people like Mathunjwa.