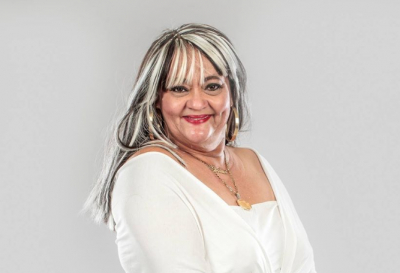 Veteran South African actress Shalene Surtie-Richards has died at the age of 66.

She died at a guest house in Cape Town. She was in the city shooting scenes for the series Arendsvlei.

Artscape theatre CEO, Marlene le Roux, said that she would be sorely missed.

"It was not just a role, it was the lives of persons of colour. I think that's why she could make that role an iconic role. Her back character was not just a character, it was Shaleen. That is why for us it is an iconic South African person that we have lost."

While Surtie-Richards was known for her decades of work in the performing arts, she qualified as a nursery school teacher and taught children before making her debut as an actress.

Surtie-Richards is best known for her role in the long-running hit M-Net series Egoli: Place of Gold as Ester "Nenna" Willemse. She also starred in hit films such as Fiela se Kind, Mama Jack, Treurgrond, and Vaselinetjie.

During her lifetime, she won more than 40 awards for her stellar work in the entertainment industry.

Meanwhile Minister of Sport, Arts and Culture, Nathi Mthethwa, has paid tribute to veteran actress Shaleen Surtie-Richards for delivering her performances with heart and soul.

"Surtie-Richards invested her heart and soul into every character she portrayed. Her warmth and sense of humour were infectious and her talent won her international recognition," Mthethwa said.

We will remember her with great fondness for her iconic roles in hit films such as Fiela se Kind, Mama Jack, Treurgrond and Vaselinetjie. Most recently, she starred in the KykNet series, Arendsvlei. She turned every role she touched into an audio-visual masterpiece," the Minister said.

The Department of Sport, Arts and Culture has conveyed its heartfelt condolences to her family, friends and colleagues.

President Cyril Ramaphosa has also sent his condolences to the family, friends and colleagues of the late veteran stage and screen actor, Shaleen Surtie-Richards.

Paying tribute to an educator-turned-actor, President Ramaphosa said the country has lost a performer, whose distinctive energy, artistic versatility and humility touched generations of South Africans for more than three decades.

"On stage and screen, Shaleen Surtie-Richards held a mirror to our unjust past and gave us hope for our future as a nation. May her soul rest in peace," President Ramaphosa said in a statement.

Twitter
More in this category: « A compelling, raw and memorable read - Sky-Brids & Ravishers by Musa Kheswa, It's The Answers For Me by Khaya Dlanga. »
back to top