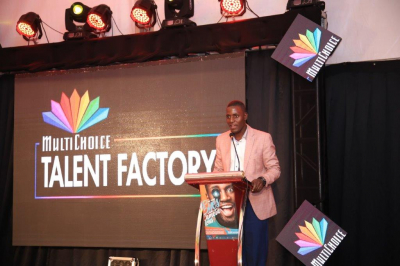 MultiChoice is proud to announce the addition of 14 bright, young and talented storytellers to the South African film and television industry after they successfully completed the 2020 MultiChoice Talent Factory South Africa (MTFza) internship programme, despite COVID-19 challenges.

The class of 2020 marked their accomplishment at a graduation ceremony aptly themed Unmask the future, held at the Bioscope Cinema in Johannesburg.

The ceremony was attended by the graduates, with friends, families, media and industry experts joining virtually to celebrate this special occasion. The event included the screening of one of the four films produced by the graduates as part of their internships.

Each of these films are also being broadcast on Mzansi Magic, channel 161. Ingane KaBaba and Phakathi eGoli were broadcast on 19 June and 26 June respectively and are available on DStv Catch Up, and viewers can catch Inkwekwezi on 10 July and Mjolo Ke Scam on 31 July.

"The MultiChoice Talent Factory is our commitment to the future of our industry and gives young Africans the chance to hone their television and film production skills through a world-class training program. We are committed to nurturing a new generation of storytellers who will contribute to the development of Africa’s creative industries into vibrant economic hubs," said Yolisa Phahle, CEO of General Entertainment and Connected Video at MultiChoice.

Despite the ongoing pandemic and lockdowns, the MTFza academy found creative solutions to ensure that the class of 2020 successfully completed their internships, and they are now ready to enter the world of work as professionals.

Through 12 months of intensive training, learning, and growing, the 14 graduates experienced the passion for film and movie making, and devotion for excellence that has become synonymous with the MTFza Academy. Along with the four films they produced two PSAs for the UN Pause Campaign.

During their year at the academy, the interns attended specialist classes hosted by industry professionals and spent most of their time interning on current local productions such as Isibaya, Legacy, The River, The Queen, Gomora, Isono, Getroud Met Rugby, Chasing the Sun and more. On the various sets, the interns connected with top television and film producers and crew, as well as the best actors in the business, and forge relationships that will stand them in very good stead in their future careers.

The course is accredited and the MTFza interns graduate with a qualification from Henley Business School, who provide a number of courses on business aspects as well as personal growth.

Since 2014, the MTFza Academy has been instrumental in helping transform the South African film and TV industry by upskilling students and empowering them with substantial knowledge and experience. To date, 86 students have been trained through MTFza.

"We are so proud of everything these immensely talented individuals have achieved in the last year. Their commitment to their craft coupled with the desire to learn at every opportunity has meant that they have been able to produce quality productions which will entertain audiences for years to come. I personally look forward to seeing all they will achieve in the future," says Bobby Heaney Academy Director at MTFza.

Twitter
More in this category: « US Marines in the Congo-Beni War - based on true events. Uthando Lodumo takes viewers inside Babes Wodumo and Mampintsha’s marriage. »
back to top