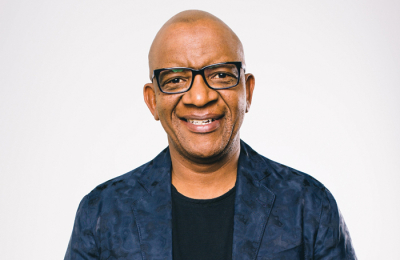 The SA Music Awards is pleased to announce this year’s cohort of Lifetime Achievement honourees as decided by the board of the Recording Industry of South Africa (RiSA).

Mkhize has come a long way since his days as a drummer in the church in his hometown of Umlazi in Durban. He studied music at the University of KwaZulu-Natal. His first professional job was on the production of Wagner Lohengrin at the Durban Playhouse. He moved to Johannesburg where he was headhunted by Sony Music International to start and run their new office in South Africa, his mandate was to establish and develop African talent. Some of his signees who ranged across genres like jazz, Afro-pop, kwaito and gospel were Hugh Masekela, Sibongile Khumalo, Caiphus Semenya, Don Laka, Mdu and Joe Nina.

Mkhize is the founding member of the high-flying gospel ensemble Joyous Celebration alongside his two close friends Jabu Hlongwane and Mthunzi Namba. He has also served as a judge on Clash of the Choirs SA, the 2013 Mzansi Magic reality competition. He was also a leading figure in the reality talent show I Want To Sing Gospel since 2008. The winners of the competition received a recording deal with  Lindelani Mkhize Entertainment, Mkhize’s label.

In 2012  Mkhize moved to Universal Music Group where he was appointed as Group Director for the Sub-Saharan Africa division. The following year the label raked in a total of 32 nominations at the SAMAs, demonstrating his ability to spot and groom talent.

PJ Powers, whose real name is Penelope Jane Dunlop, carved her name in the hearts of music lovers at a time of oppression and segregation. It was at the Jabulani Amphitheatre where the young white woman, lovingly called Thandeka, belted Jabulani, her career defining hit. She instantaneously got woven into the fabric of Black pop culture. PJ has been in the industry for 42 years as the lead singer of the all-female ground Pantha before joining Hotline. It was during her time with Hotline that she recorded Jabulani and garnered an international fan base.

She was banned from radio and TV by the apartheid government for a year in 1988 after she performed at a charity concert for war orphans in Zimbabwe alongside Miriam Makeba and Harry Belafonte. In 1995 she sang World in Union with Ladysmith Black Mambazo, the soundtrack for the Rugby World Cup hosted in South Africa. She has sung for kings and queens such as UK’s Queen Elizabeth and King Juan Carlos of Spain and at the inauguration of Nelson Mandela as president of South Africa.

Lebo M is best known as the voice and spirit of Disney’s smash feature film and Broadway sensation Lion King which has become a global franchise. The man whose real name is Lebo Morake has given the continent of Africa much needed recognition with his globally acclaimed work and philanthropic contributions. It is through his work that thousands of African artists have worked and experienced internationally acclaimed projects. He is a recipient of several SAMAs, a Grammy award, Tony award and a nomination for the Oscars. This is his 30th year in Hollywood since his introduction with the film score Power of One.

This year’s International Achievement Recognition recipient is the incomparable Master KG. Through his smash hit Jerusalema featuring Nomcebo, he reached the stratosphere of international fame and acclaim. The anthemic Jerusalema sparked an international dance phenomenon that took every corner of the world by storm. Videos of flash mobs and musicians remixing the song were awash across social media platforms, from North America, South America and Europe to Asia, Australia and of course the mother continent, Africa. He has since recorded a remix of Jerusalema with Burna Boy and Nomcebo and is currently riding a crest of a wave with his newest single Shine Your Light with David Guetta featuring Akon. Master KG is currently in France where he is touring that country and Italy. From Calis in Tzaneen, Limpopo to the world, Master KG has flown the South African flag with pride.

Congratulating the recipients, RiSA CEO Nhlanhla Sibisi applauded: "There is no doubt that the SAMA27 honourees are worthy and deserving. It is our singular honour at the SAMA to bestow these accolades to Lindelani Mkhize, PJ Powers, Lebo M and Master KG. Theirs are stories of inspiration and accomplishments that are unmatched. We salute them and wish them only the best further on in their careers."

Twitter
More in this category: « MultiChoice pays tribute to Nelson Mandela through its Madiba Do Up Project. MANSCAPES: The Art of Producing a Fine Art Coffee Table Book through Crowdfunding. »
back to top