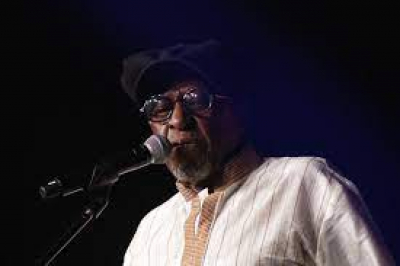 Legendary songwriter and musician Tsepo Tshola has passed away on Thursday.

It's understood Tshola was hospitalised at a Lesotho hospital after contracting COVID-19.

Stanley Letsela, director of Letsela Entertainment, confirmed that the musician died on Thursday after being admitted to the hospital last Friday.

"It is sorrowful to confirm the passing on of Ntate Tsepo Tshola. He was burying his sister last week Thursday, and he was admitted to the hospital on Friday. We woke up this morning to the sad news that he has passed on," said Stanley.

He’s been in the industry for more than 40 years, ever since he joined teen boy band The Lesotho Blue Diamonds as a vocalist in 1970.

He went on to tour with the band Sankomota and relocated to London in the 1980s.

The group released nine albums before it was disbanded. Tsepo went on to pursue a successful solo career, releasing a number of celebrated albums.

The award-winning musician entertained audiences across South Africa, Lesotho and Europe for more than 40 years, with hits like Holokile.

Born in Lesotho, Tshepo grew up in a musical family with both his parents.

Despite being a permanent resident of South Africa, Tshepo was still very much attached to his home country.

His death has been met with great anguish throughout all social media platforms, many sharing the effect his music had on them, while for those who knew him personally it has allowed them to reminisce on the interactions they had with the musician, and how his music affected their lives.

More in this category: « Durban FilmMart postpones 2021 edition to August in wake of violence. Samro urges artists to claim their share of R30 million in royalties. »
back to top