Renowned musician Tshola to be laid to rest next week,Friday,July 30. 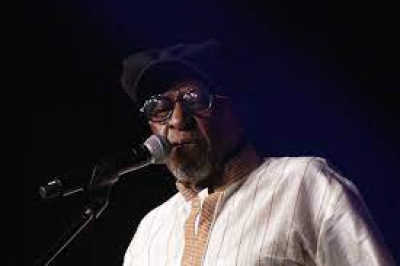 The funeral of the Legendary Afro Jazz musician Ts’epo ‘Village Pope’ Tshola which was supposed to be on Friday (July,23) this week, has been moved to next week Friday (July 30).

This is according to the communique from the family issued which has stated that the late Tshola will still be buried at Thaba-Bosiu Heroes Acre.

Family spokesperson Lintle Lerotholi said in an interview had explained that this burial site is not at the top of the Fortress saying that Heroes Acre site is near the Lesotho Evangelical Church in Southern Africa (LECSA).

She stated that the burial site has been given to the Tshola family by the Principal Chief of Thaba-Bosiu Chief Khoabane Theko saying they have notified the government which has embraced it.

Tshola had been in showbiz for over half a century: a career that stretched from Sesotho roots and popular music in the 1970s, through international tours and collaborations, to his most recent identity as an inspiring gospel singer, and the co-founder of independent music label Killer Joe.

What characterised his work was a passionate desire to tell it as he saw it, whether that was about the evils of racism in the early days of his career, or the dangers of addiction and, more recently, the need for self-reliance.

His righteous preaching earned him the soubriquet of The Village Pope, but was also a family legacy.

Thola was born on 15 August 1953 in Teyateyaneng in Lesotho a small, mountainous and landlocked country surrounded by its larger neighbour, South Africa. His father was a preacher and church organiser and his mother a chorister. He first honed his rich baritone in a church choir.

As a teenager, he joined the pop band Lesotho Blue Diamonds. Later, he hooked up with Anti-Antiques, formed by guitarist "Captain",the late Frank Leepa.

In that insecure, erratic environment of the nascent Lesotho modern music scene, Anti-Antiques morphed into a second incarnation of Leepa’s band Uhuru. A small but relatively successful 1979 tour of South Africa crashed and burned when "we were banned for singing Africa Shall Unite”. South Africa’s apartheid rulers did not tolerate the song’s Pan African liberation politics. Leepa’s fourth band, Sankomota, was founded in the mid-1970s.

Tshola sang with that incarnation of Sankomota for some time in Lesotho, but by the mid-1980s he was working more widely too. He eventually accepted an invitation from jazz trumpeter Hugh Masekela to record the albums Techno-Bush and Waiting for the Rain in Botswana.

Meanwhile, Sankomota had recorded their widely acclaimed self-titled debut album in Lesotho in 1983, with an international release the following year. The music combined Sesotho musical roots with sharply contemporary musicianship and a stirring liberation message.

Tshola had been composing since the mid-1980s. As change came and South Africa transitioned to democracy, he found plentiful work there: appearing, for example, on the 1983 Africa Against Aids project and the ANC’s 1994 elections album Sekunjalo.Tshola’s own album as leader, The Village Pope, was released in 1993; a second album, Lesedi, appeared in 2001 and a third, New Dawn, in 2003.

He worked with the late Zimbabwean singer Oliver Mtukudzi, with South African vocalists Brenda Fassie and PJ Powers and, later, with dance music producer Cassper Nyovest, with vocal star Thandiswa Mazwai and, as his interest in returning to his gospel roots grew stronger, with gospel star Rebecca Malope.Tshola also returned to his roots in other ways.

He established a home in Johannesburg and another in Lesotho, where his adult sons, Kamogelo and Katlego, both singers, stayed. There, he collaborated with the Conservation Africa music project to archive Lesotho’s music legacy and mentor young musicians.As news of Tshola’s death emerged, South Africa was staring bleakly at the results of nearly a week of unrest and disorder. Those mourning his death invoked his song Stop the War, as a message worth remembering.

With inputs form The Conversation.

More in this category: « Caster Semenya and wife Violet are expecting their second baby. Showmax releases first-look trailer for Temptation Island South Africa. »
back to top