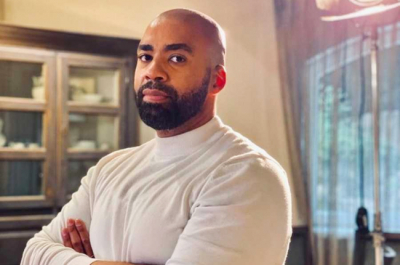 Actor, producer and co-founder of Ferguson Films, Shona Ferguson, has died from Covid-19 related complications.. He was 47.

Shona passed away at the Milpark private hospital in Johannesburg on Friday afternoon, after he was admitted last week after suffering from chest pains.

Ferguson, born Aaron Arthur Ferguson on 30 April 1974, started his acting career as Ace in the TV series Generations. In April 2006, he started acting in Muvhango as Dr Leabu. In March 2007, he left the Venda soap opera and starred as Itumeleng in The Wild from 2011 to 2013.

He started the production company Ferguson Films with his wife Connie Ferguson in 2010, who both starred in the company's first TV production, Rockville.

Other TV appearances include The Queen, Isidingo: The Need, and Scandal!.

In 2020, Ferguson made his Netflix debut, partnering with the streaming service on the six-part series, Kings Of Joburg.

Meanwhile Sport, Arts and Culture Minister, Nathi Mthethwa, has extended his condolences to the family of television and film icon, Shona Ferguson.

Mthethwa described Ferguson as a creative gem and a visionary.

"He was a media mogul, an innovator and a pioneer who possessed an irrefutable ambition. Our thoughts and prayers are with Connie and the family during this time. Furthermore, we extend our sympathies to the industry at large. May his soul rest in peace," Mthethwa said.