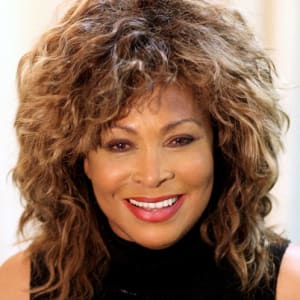 Despite retiring from public life in 2009, with a few rare appearances since - the Proud Mary sensation claims turning 80 is: "like having a second chance at life."

The worldwide Queen of Rock and Roll has been hit by ill health over the years, including a battle with cancer and a kidney transplant.
Speaking to The Mirror She said, "I'm 80. What do I think? How did I think I would be at 80? Not like this."
"I look great. I feel good. I have gone through some very serious sicknesses that I am overcoming. It's like having a second chance at life. "I am happy to be an 80-year-old."
Tina, real named Anna Mae Bullock suffered a mild stroke after she married German music exec, Erwin Bach, 63, in 2013 and subsequently had to learn to walk again.
Three years after her stroke, Tina was diagnosed with kidney failure and intestinal cancer. Medics treated the caner by removing part of her intestine although her kidney problems worsened and the singer considered assistant suicide. However, her husband gave her one of his kidneys and the rocker went on to have a successful transplant in April 2017.
Tina, who now lives in Zurich, Switzerland, after giving up her American citizenship also opened up about her health battles in her memoir last year. Opening up, Tina said: "I know that my medical adventure is far from over. There's always another test, another doctor's appointment or biopsy to get through. "We are both still here closer than we ever imagined and that's cause for celebration."

More in this category: « The Ndlovu Youth Choir have been awarded a Hollywood Music in Media Award. Cassirer Welz Award Winner. »
back to top