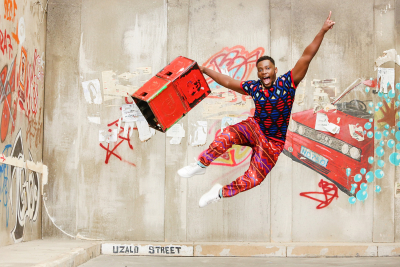 Diageo SA, the leading spirits company together with its number one vodka, Smirnoff 1818, has partnered with the SABC's number one soapie, Uzalo, to promote responsible drinking through its DrinkiQ campaign.

The DrinkIQ initiative uses both the massive following of Uzalo (about 8million viewers) and entrenched brand appeal of Smirnoff to encourage consumers to know more about alcohol, dangers of excessive consumption and drinking and driving. Consumers are able to assess their drinking patterns and are referred to appropriate organizations like SA National Council on Alcoholism and Drug Dependency (SANCA) if they need help.

Uzalo, the country's most watched soapie according to the Broadcast Research Council of South Africa, tells authentic stories that speak directly to the lives of many South Africans. Since 2015, the soapie has maintained its lead because of its consistency, its originality and its ability to innovate and always stay relevant.

"By that measure, it only made sense that through our brand Smirnoff 1818, which holds the same number one title in its industry, would partner up with Uzalo. The same values that have kept audiences glued to the show since its inception, are the same values that have kept Smirnoff 1818 at the top of people's favourite-drink list for all of these years," said Gregory Tabane, Head of White Spirits, Diageo SA.

With the long weekend of Heritage Day, Uzalo will be deploying two of its main actors – Nosipho (real name Nompilo Maphumulo) and Sibonelo (Wiseman Mncube) – to Montrose for an onsite activation amongst thousands of travellers expected through the N3 from Gauteng to KwaZulu-Natal.

The activation will take place from 10am on both 23-24 September at Montrose Shell Garage in Harrismith. The filling station serves as a stopover site for buses, taxis and other motorist travelling between Johannesburg and Durban.

Uzalo actor, Wiseman Mncube commented "I am excited to be a part of such a meaningful initiative alongside Smirnoff 1818. Through the DrinkIQ initiative, I would like to encourage everyone of us to enjoy our drinks responsibly and don't drink & drive. I am looking forward to meeting everyone".

"Our brands are made to be enjoyed responsibly. That's why we commit to reaching one billion people with a dedicated message of moderation from our brands by 2030 and to educate people on the risks of alcohol related harm through our global DRINKiQ platform around the world. Locally we believe that the partnership with our number one brand, Smirnoff and Uzalo, we will significantly contribute towards this global target," said Tabane.

More in this category: « Fulu Mugovhani is caught in a love triangle with a twist in Umakoti Wethu. Trouble in paradise on the Temptation Island. »
back to top