Boity confirms she was 'victim of a vicious physical assault'. 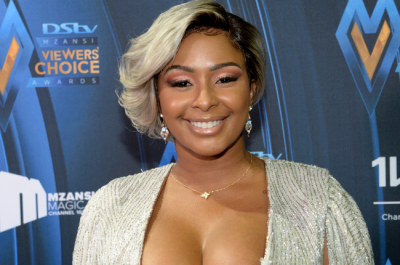 Media personality and singer Boity Thulo released a statement on Saturday, in which she confirmed being physically assaulted earlier this week.

In the statement, Boity writes: "It is with deep sadness to state that I was indeed an unfortunate victim of a physical assault and that I have since opened a case against the culprit, which I am following with a keen interest."

"I have since opened a case against the culprit, which I am following with keen interest."

Boity said she does not wish to comment on this matter at this time, and respectfully request space to "heal both physically and emotionally from this traumatic experience".

She said she has faith in South African’s criminal justice system, and call on "everyone to stand firmly against gender-based violence".

Boity opened a case of assault at the Midrand police station and that Metro FM presenter Bujy Bikwa was arrested shortly afterwards and spent the evening behind bars.

Bujy had allegedly thrown a bottle of alcohol at Boity which allegedly cut her face during an argument at a hotel in Midrand on Thursday evening. Boity did not confirm who the perpetrator of her assault was, but City Press also shared eyewitness accounts of the alleged incident. One alleged witness told the news outlet that: "Bujy really beat that girl up badly. Boity was wearing a white shirt and her shirt was red with blood stains [and] her face was also bad."

Bujy is no stranger to controversy.

He was arrested in 2017 following a "brawl" with his neighbour in Orange Farm. His younger brother Mpumelelo was reportedly also involved in the fight.