From Marabastad to Mogadishu: The Journey of an ANC Soldier by Hassen Ebrahim. 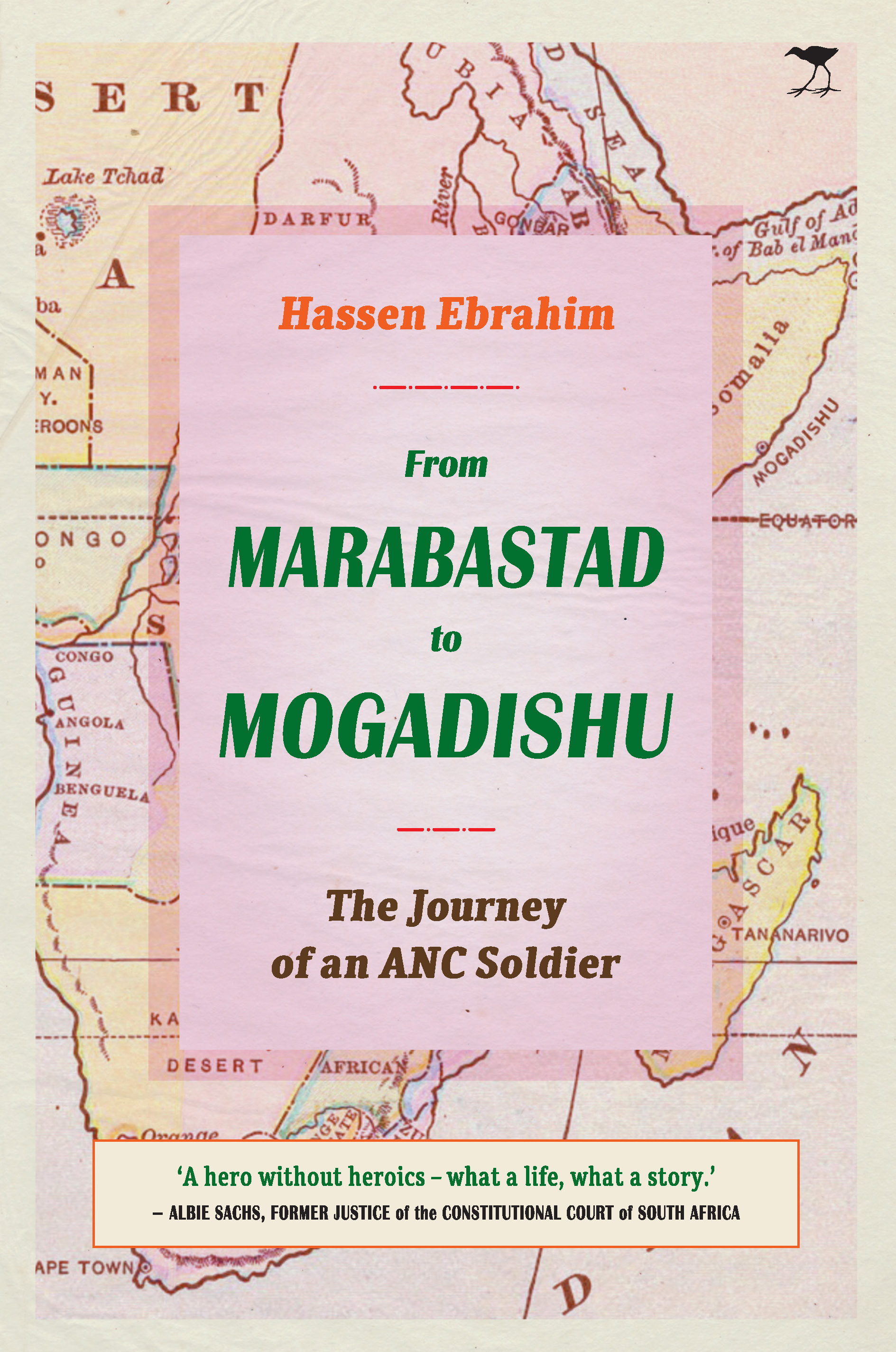 After working closely with the Ahmed Kathrada Foundation in shaping and writing his memoir, author Hassen Ebrahim and Jacana Media are proud to publish this important record of a life that was spent in service to South Africa.

Writes Mac Maharaj in his foreword in the book: “Hassen Ebrahim is one of those many seldom heard of foot soldiers of the 1976 generation who joined the underground and was linked to the ANC structures operating from Botswana. He has been at the coalface of so many facets of South Africa’s march to freedom. He was there during the times when involvement in the struggle against apartheid carried the risk of death; he was involved in our negotiated transition to democracy; he was the chief executive of the elected Constitutional Assembly which wrote and adopted our Constitution; thereafter and until 2007 he served in the Department of Justice.”

From Marabastad to Mogadishu: The Journey of an ANC Soldier chronicles an all-too familiar story of those unsung cadres from the struggle we’ve forgotten to honour for their sacrifices. Those foot soldiers do not feature in our collective memory, they do not find themselves or their stories recorded in the pages of history books, and they are not remembered for their selfless acts of bravery.

The bravery and sacrifice of the ordinary teenager who dropped out of school, the cadre who risked life and limb, and the freedom fighter who exiled himself or herself to countries far and wide must be given a chance to live on book pages, find expression on film reels and all other mediums of historic memory collection.

From Marabastad to Mogadishu: The Journey of an ANC Soldier signals the resolve by the author, his peers, Jacana Media and support organisations such as the Ahmed Kathrada Foundation to bring the ordinary cadre’s story to the fore, to acknowledge his or her sacrifices, and to recognise their contribution to South Africa’s democracy.

ABOUT THE AUTHOR Hassen Ebrahim grew up in Marabastad and was politicised in 1976 while at Westville university. After going into exile in Botswana, he obtained a law degree, practised law and established an ANC underground politico-military machinery. Upon his return from exile he helped negotiate the interim and final constitutions of South Africa. After spending a further 11 years in the public sector, Hassen went on to work on various international assignments, mainly for the United Nations. He is married to Soraya and, between them, have five children and eight grandchildren.

MORE PRAISE FOR THE BOOK “A hero without heroics – what a life, what a story. Hassen Ebrahim successfully set up MK units and underground ANC cells in Soweto, Lenasia and elsewhere, and then put down his AK 47s and limpet mines, and picked up his computer to become the soft-spoken, ever genial executive director of the Constitutional Assembly that drafted our Constitution.” – Albie Sachs, former Justice of the Constitutional Court

“This book is an important contribution to the history of our liberation struggle and takes us on a journey of someone who has travelled a remarkable journey from the bushes of Angola, to the World Trade Centre and finally the adoption of our Constitution, one of our new democracy’s greatest achievements.” – Marion Sparg, former deputy executive director, Constitutional Assembly

“Hassen was a student by day and an ANC operative by night. His discipline and passion for ITC at an early stage gave the ANC underground machinery in Botswana delightful depth in mobilising for a People’s War to end apartheid.” – Thabang Makwetla, Deputy Minister of Defence and Military Veterans

More in this category: « Bill Cosby says he won't show remorse for his crimes in his first interview in prison. SABC has given local soap Isidingo the boot, after 21 years on-air. »
back to top