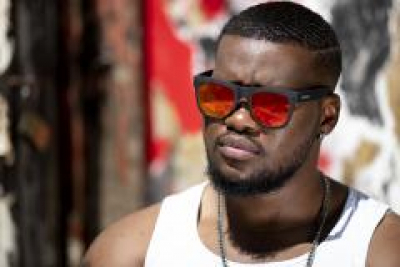 Previously known as QzA {Pronounced Cue-za}, QzA HighDef is one of South Africa’s most exciting and Diverse Talents. With a sonic uniqueness backed by a visual punch, QzA looks redefine what it means to be an artist not only in Africa but globally with every tool at his disposal.

The Qualified Designer, Producer, Songwriter, Rapper, Singer and Video Editor has dedicated the past ten years to refining his craft and counting up accolades in the process.

The Hype Magazine Editors pick, Shiz Niz Freshman and Slikour Onlife Underdog Day candidate has been slowly setting himself up as a priority act for some time now.

His "Wake Up Dead" remix for T-Pain and BPM Supremes "Wake Up Dead Song Contest" and his brand new single "Night & Day" is a testament to how far the Artist plans to take it.

This self-made success story is one that’s still in the making. A story that ends with QzA HighDef as a house-hold name, in a firm spot at the top.

More in this category: « Getting to know Miss SA finalist Lalela Mswane. Confirmed: Big Brother Mzansi is officially back. »
back to top