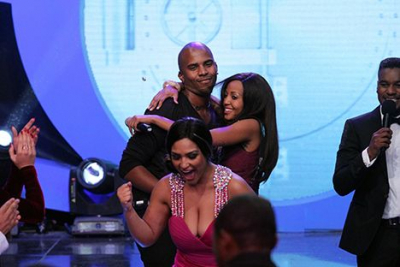 Big Brother Mzansi is making its return to our screens.

It's been five years since South Africans were last given the chance to get a look into the lives and times of the housemates that had to battle it out for a cash prize of R2-million.

Big Brother was initially a Dutch reality TV competition franchise created by John de Mol, with its first episode broadcast in the Netherlands in 1999.

In a statement released by MultiChoice's agency,the company has confirmed that Big Brother Mzansi is set to return soon.

"Just in time to heat up summer," the statement read.

"MultiChoice Group and Banijay are pleased to announce that the much-loved 'Big Brother Mzansi' will be making its highly anticipated return to your screens soon, and it promises to be as exciting, entertaining, and action-packed as ever.

"Big Brother Mzansi’ is one of 69 adaptations of the Big Brother format worldwide, and this year marks 20 years since the first-ever Big Brother South Africa."

The announcement was also made on Twitter shortly after the statement was sent out, with @BBMzansi tweeting, "It's OFFICIAL! One of Mzansi's most loved and hotly anticipated shows, ’Big Brother Mzansi’, is returning to your screens soon!

"Will you be watching? #BBMzansi"

It's OFFICIAL! One of Mzansi's most loved and hotly anticipated shows, 'Big Brother Mzansi' is returning to your screens soon!

Will you be watching? #BBMzansi

At the time of writing, there were no further details about the upcoming season, and more information is expected soon.

More in this category: « Artist on the rise: Watch Night & Day Music Video. Rising star Bonko Khoza lands coveted role as Mqhele in 'The Wife'. »
back to top