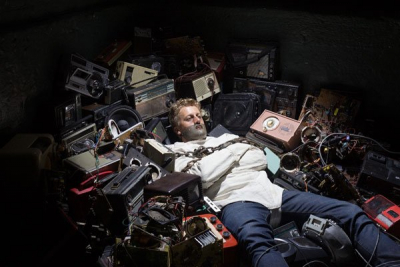 Nando's announced on Saturday it will bring an end to its five-year sponsorship of Gareth Cliff’s The Burning Platform.

The decision follows public outrage over Cliff's comments during the Burning Platform show.

The offending viral video includes just over two minutes of footage from an almost hour-long interview/debate between the spokesperson of Mmusi Maimane’s One South Africa, Mudzuli Rakhivhane, and Federal Leader of the Democratic Alliance, John Steenhuisen. The show, presented by Gareth Cliff, is sponsored by Nando’s.

Introducing his guests, Cliff said in the run-up to the November 1 local elections he is inviting political parties and leaders to speak on the show about what they offer voters.

A clip from the show has been viewed more than 450,000 times on Twitter after Rakhivhane posted it with a comment describing the conduct of Cliff and Steenhuisen as "the literal definition of black lives don't matter".

When they try to talk over you and tell you that your experiences as a black woman in South Africa do not matter??‍♀️. Racism is structural and even operates at a municipal level. The literal definition of black lives don’t matter. ? pic.twitter.com/i2KcVzjcCd

In a tweeted response on Saturday, Nando's ended the sponsorship with immediate effect.

In the video, Cliff dismissed Rakhivhane when she attempted to talk about race-baiting. Rakhivhane was asking Steenhuisen about the controversial "Racists vs heroes" election poster the DA withdrew in KwaZulu-Natal.

Steenhuisen said he found it quite interesting to be lectured by the One SA Movement — led by his predecessor as DA leader,Maimane — on race issues and race divisions.

On the other hand, Cliff dismissed Rakhivhane rudely. "Your personal experiences are completely anecdotal and unimportant to all of us, sorry," Cliff told her.

As Cliff talked, Steenhuisen nodded in agreement and rolled his eyes when Rakhivhane was speaking.

On Saturday morning, Gareth Cliff, Nando's and John Steenhuisen were still among the top trending topics.

More in this category: « Spotify launches Premium for students in South Africa. Gigi Lamayne says she had a 'strong connection' with Sifiso on Temptation Island SA. »
back to top