Winging It with Liam Del Carme. 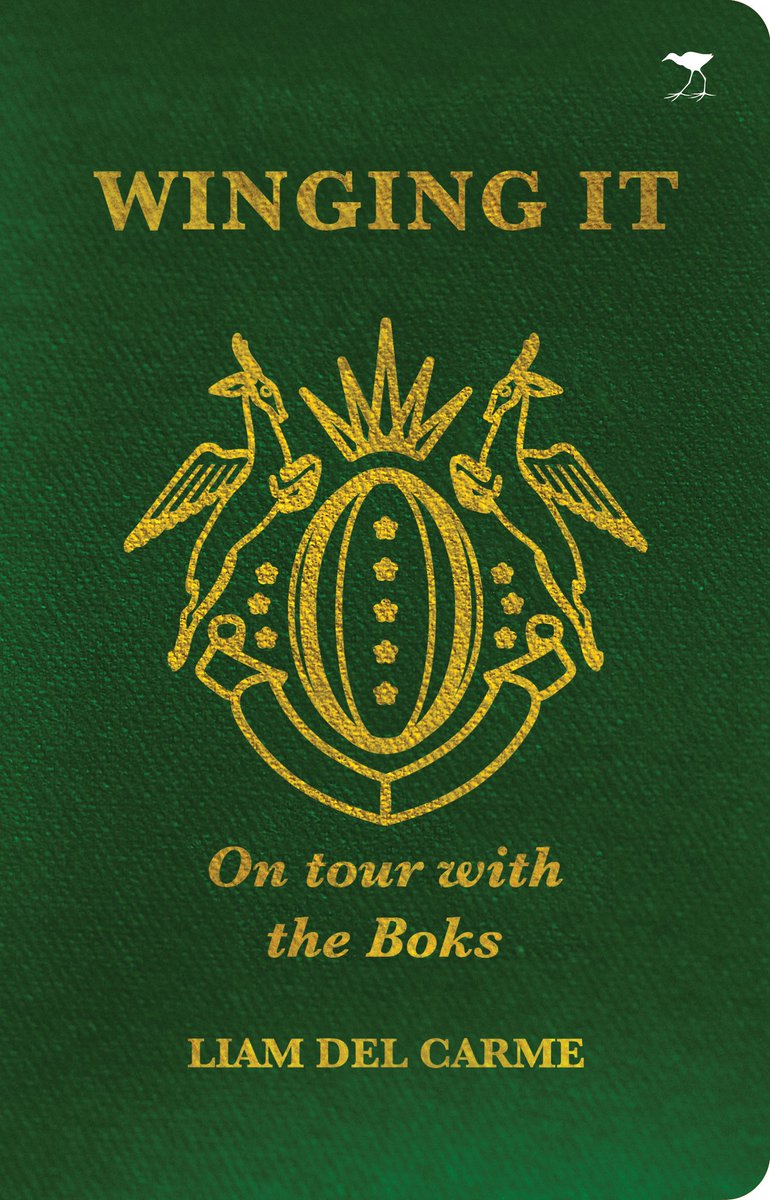 “That’s how I got to use that Land Rover.”  South African rugby writer, Vata Ngobeni, nicknamed “Beeeast!” in his circle, gloated to fellow scribes regarding the culmination of an unceremonious incident he got entangled in, in what is described as the picturesque lakeside town of Lake Taupo located on New Zealand’s North Island – pending the 2011 Rugby World Cup.

The vehicle the reporter alluded to was an assuage gesture from the chief of police of the town of arresting beauty – as described by the author –  a man only referred to by his first name of Bill, after his charges had meted out unwelcoming treatment to Ngobeni.

Following the Springboks ahead of a pool match against Samoa in North Harbour, Ngobeni had been falsely accused of trying to sell drugs in the bathroom of a drinking joint he had visited along with a colleague – with the law officers pointing out to a bag lying nearby to where he was seated as incriminating evidence of his purported crime. Threatened with detention and thereafter searched, upon finding nothing to incriminate him with, one of the police then enquired as to Ngobeni’s presence in New Zealand - whereupon learning of the visitor’s identity, “blood hell, his eyes went this big,” according to the victim.  The revelation that the South African was a journalist had the effect of inducing the lawman into apologizing and expressing how sorry he was – visibly instantly privy to the implications of his actions against a member of the Fourth Estate.

What then followed was a flurry of diplomatic resolutions to the incident which had a Maori paramount chief meeting up with the wronged party to personally apologise for what had befallen him.   The whole affair culminated with Bill making the following concession to Ngobeni, “Whatever you want.  We’ll make sure you’ll have a comfortable World Cup.”  Hence the vehicle and the gloat regarding it.

The above is but one of the anecdotes contained in rugby writer, Liam Del Carme’s diary, Winging It: On Tour with the Boks – and launched amidst the euphoria of the Springboks’ third world cup triumph, still engulfing South Africa.

Elsewhere, in the easy read, in a chapter titled, Being Black and sub-titled, Darkness falls over the Andes, Del Carme recalls an encounter which clearly demonstrated what he described as being “the victim of being a peculiarity in someone else’s eyes:  Pending a Springboks tour of Argentina in 2012,  whilst on a trip in the Andes outside Mendoza with “brothers-in-arms”, Pieter Jordaan, Vata Ngobeni and Craig Lewis, Del Carme relates a curious encounter with a group of travelling young, long-haired Argentinean schoolgirls who requested to have their pictures snapped with himself and Ngobeni – only, two girls at a turn!  There being about 40 of them approaching the duo with the same request, the time consuming exercise got resolved through a decision to do a group snap of the whole parties.

Naturally bemused at the unexpectedly overwhelming attention and reckoning that the girls may have been mistaking them for some famous musicians or actors, a short while later, Del Carme obtained clarification from a tour guide who, whilst chuckling, informed him that it was more than likely the first time the girls had laid eyes on black men.  One of the images in the book depicts a group of the South African men and the Argentine lasses huddled together and gaily smiling at the camera.

Described on the back cover of the book as someone who enjoys cooking, Del Carme’s account is generously complimented by imagery of fare he has had to sample pending his globe-trotting quests, such as one involving a trolley laden with 38 different cheeses at the Hostellerie Berard located in the hilltop town of La Cadiere d’Azur, in France.  A gastronome’s experience harking back to 2013, the author admitted that by the time the trolley with a squeaking loose wheel came to a halt next to his company, they could eat no more – but somehow found a gap for the tempting cheese outlay!

Those and many others provide diversified content of recollections incorporating coverage of more than 150 tests and described by Del Carme’s publisher, Jacana, as behind-the-scenes account taking rugby and Springbok supporters on a ride of a lifetime from a raconteur who has travelled to six of the seven continents as part of a press corps that follows and writes about the national rugby team in all its iterations at international level.

1995 World Cup winning flyhalf, Joel Stransky encapsulated the anecdotes thus: “Liam Del Carme’s insights into what happens on tour, particularly behind the scenes, are a great read and thoroughly entertaining.”  Whilst fellow media practitioner and former Supersport anchor, Xola Ntshinga offered: “Whether it’s “Poffers” in Perth, or midnight meanders through Antipodean cities, Liam’s knack of encapsulating so succinctly the unknown tour diaries of journos on the Bok beat is a joy to read.”  Extrapolating further, Ntshinga observed: “Perhaps the most delightful thing about Winging It is the light-hearted manner in which he encapsulates instances that, with a less socially responsible writer, had the potential to spark a South African social meltdown.  That he speaks to the human and ridiculously hilarious aspect of what, in retrospect, are stories that would skirt controversy back home is revealing.  Liam is a storyteller through and through … and his stories are humorous, but above all, stories worth telling.”

Liam Del Carme has worked for newspapers such as the Cape Argus, the Sunday Independent, ThisDay, Beeld and the Sunday Times.  He is also a TV pundit.  Apart from his deep love for sport, he enjoys cooking, showing his competitive side in pub quizzes and travelling.  He lives with his partner, Marcelle Gordon and their two dogs, Jackson and Jemima, in Johannesburg.

More in this category: « Actress Nomzamo Mbatha rubs shoulders with Lewis Hamliton. Tips for a safe and fun holiday season when consuming alcohol. »
back to top