Black Coffee: "I sent a lengthy email to her in which I suggested that we should separate.” 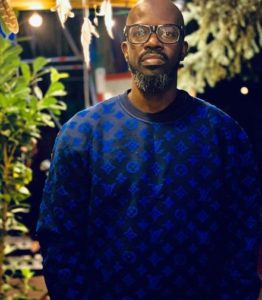 Nkosinathi "Black Coffee" Maphumulo has confirmed that he was the one who suggested a separation from his wife, Enhle Mbali Mlotshwa.

According to the City Press,in April he "sent a lengthy email" to her in which he suggested that their marriage would benefit from a separation.

He did not confirm nor deny the claims - for legal reasons - but he did share new details about how their fairy tale romance came to an end.

DJ Black Coffee has broken his silence on the much-publicised divorce from his TV personality wife Enhle Mbali Mlotshwa: “Whenever I was wrong, I admitted I was wrong. We tried everything, such as seeing a therapist and a life coach, but nothing worked” https://t.co/wugF3CFIxg pic.twitter.com/4eDy831yAC

Black Coffee and Enhle tied the knot during a traditional wedding ceremony in 2011 and celebrated their union with a white wedding in 2018.

"I have not gone to the media and will continue on this trend. No comment. I have had to explain the unexplainable to my children which is really unfair. I once again ask for silence in the time. Please. Not for me, but for my children," she wrote.

More in this category: « Tips for a safe and fun holiday season when consuming alcohol. SA’s top sports journalists awarded at SAB Sports Media Awards. »
back to top