SARS goes after DJ Sbu with a R15m tax bill. 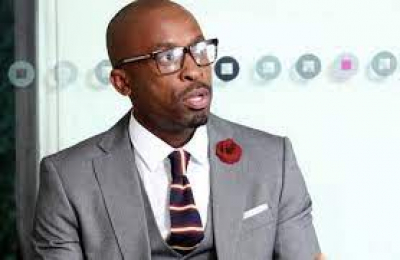 Media personality Sibusiso Leope has been slapped with a whopping R15-million tax bill by the South African Revenue Service (SARS).

Sunday World reports that SARS obtained a default judgment against the former Metro FM DJ, popularly known as DJ Sbu, at the Johannesburg High Court last week after he failed to make a payment.

According to court papers,Leope owed the taxman just under R5-million for personal income tax but the amount ballooned to over R14-million after more than R4.4-million additional tax and R4.7-million interest were added to the debt.

SARS obtained the first default judgment against Leope, the founder of popular energy drink Mo Faya, in 2018 after he failed to settle over R2.2-million in tax, according to the publication.

When the taxman applied for a default judgment against him, it pleaded with the court to withdraw the previous one and replace it with the one with the higher amount.

"In terms of the Tax Administration Act, the South African Revenue Service hereby withdraws the certified statement filed in respect of the above taxpayer. Kindly endorse both copies of this notice, amend the court record accordingly and return one copy as confirmation of the withdrawal to the address above,"reads the letter dated October 19.

Attempts to solicit a comment from Leope drew a blank as he ignored phone calls and failed to respond to the text message sent to him.

Other celebrities who found themselves on the wrong side of the law for not being tax compliant include Bonang Matheba, rapper Kiernan 'AKA' Forbes, Kaizer Chiefs goalkeeper Itumeleng Khune and his boss Bobby Motaung, and actor Rapulana Seiphemo, among others.

More in this category: « Gigi Lamayne says she had a 'strong connection' with Sifiso on Temptation Island SA. Gauteng Regional Winners of 2021 Vodacom Journalist of the Year Awards announced. »
back to top