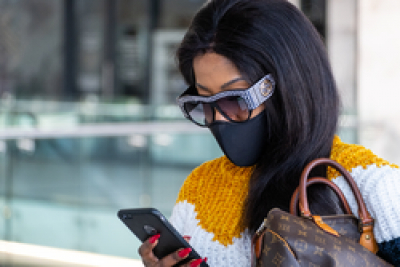 Musician Kelly Khumalo has backtracked on an event after reportedly agreeing to take the booking in place of her good friend Somizi Mhlongo.

Publication ZimLive reported via Twitter that Khumalo would be replacing Mhlongo as the guest chef at Garwe restaurant’s reopening in Harare.

However, blogs have since reported that she was a no-show as a show of support for her friend, whom the Apostolic Christian Council of Zimbabwe campaigned against.

The council sent a letter addressed to Zimbabwe’s President Emmerson Mnangagwa begging him to intervene and stop the media personality from coming into the country.

The council says this is because Mhlongo is openly gay and this would be a problem in the country, since churches there are vehemently against homosexuality.

"Somizi is a homosexual, hence according to our people’s driven constitution, Zimbabwe doesn’t tolerate homosexuality. It is, therefore, our question, if we allow Somizi to come to our land, spiritually we would have been disturbed a lot, and physically we would have openly accepted homosexuality in Zimbabwe hence affecting our children," read part of the church’s statement.

The council also went as far as to claim that Mhlongo’s presence in the country would have a negative effect on the upcoming elections as their "revolutionary party" is strongly against homosexuality.

"This move will also affect our revolutionary party Zanu-PF by disturbing the five million votes win needed in the next 2023 harmonised elections for it is publicly known that our party strongly stands against homosexuality."

The council essentially wanted the president to agree to ban Mhlongo from coming into their country.

"We stand firm to announce to you that we don’t support such an event in our land," they concluded.

Kelly's manager Khothatso Tsotetsi said that the singer received the same booking after his cancellation. However, she had no idea what had led to Somizi being blocked when they were initially approached.

He added that after they caught wind of the Somizi debacle they distanced themselves from the event and declined the offer.

Somizi shared a video on his Instagram on Wednesday explaining that though he was disheartened that he was shunned because of his sexuality, he would not stop speaking up for the LGBTQI+ community.

More in this category: « Gauteng Regional Winners of 2021 Vodacom Journalist of the Year Awards announced. Busane-Dube reacts on her book 'The Wife' adaptation to upcoming telenovela. »
back to top