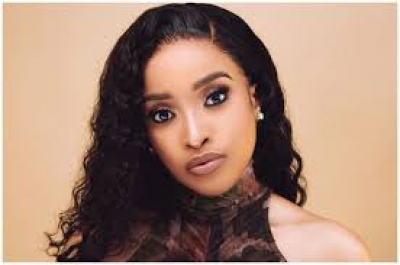 In the wake of SK Khoza dismissal, seasoned actress Cindy Mahlangu has dumped the second most-watched drama series,The Queen on Mzansi Magic in the eleventh hour.

Cindy who plays the character of Siyanda has dumped the show with immediate effect. Entertainment commentator Phil Mphela reported the news and circumstances surrounding her exit are still sketchy.

Rumour has it that she was fired from The Queen, but the slump in numbers forced the showrunners to lure her back. Well, despite her return, it seems as if she didn’t stay long. In the wake of her return, she has decided to dump the series yet again.

On her first exit, Siyanda was shot by Goodness, but now Mzansi awaits how she will bow out from the drama series again. Apart from starring on Scandal and The Queen, Mahlangu is making all sorts of headlines as Zama on Netflix’s original series Blood and Water. Of interest is that despite being one of Mzansi’s fav actresses, she has no acting educational background.

The bubbly actress was born on 21 November 1996 in Standerton, Mpumalanga, South African. Soon after matriculating, she pursued a Financial Accounting career. However, soon after graduating, she followed her craze for acting. She was once dupped as Mzansi’s next big thing, and she has lived up to it.

Apart from acting, she also doubles as a model, social media influencer and brand ambassador. Of late, she has managed to keep her love life under wraps, but Mzansi connected the dots about her affair a few months ago. Yes, the star actress we all hate to love is in a relationship with Bafana Bafana talisman Bongani Zungu. Mahlangu has an estimated net worth of R2 million.

More in this category: « Thandiswa Mazwai,Vusi Mahlasela to receive Music In Africa Honorary Award. The Festival of Lights at Joburg Zoo offers the best family relief to experience festive season. »
back to top