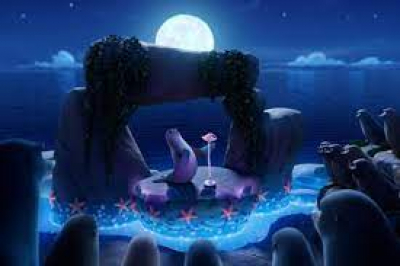 Netflix has parted the waves to reveal the trailer for Triggerfish's third animated feature, Seal Team. This feature will be available to stream from 31st December 2021.

Seal Team is the story of Quinn, a seal who spends his days relaxing in the sun, splashing in the beautiful waters off the coast of Cape Town, and swimming for his life from Great White Sharks. When he decides it's time for the food chain to bite back, Quinn recruits a ragtag team of like-minded seals brave, stupid, and crazy enough to try and teach those sharks a lesson.

Grammy Award winner Seal plays a singing seal called Seal Seal and action legend Dolph Lundgren (The Expendables) portrays a dolphin called Dolph - two castings which tell you everything you need to know about both the film's humour and how swimmingly everything fell into place for the production.

Seal Team is the feature film debut of South African writer-director Greig Cameron, working from a story by Wayne Thornley (Adventures in Zambezia) and Brian and Jason Cleveland.Greig describes Seal Team as "a love letter to the silly, over-the-top 80s and 90s action movies that I really wanted to watch when I was a kid but had to sneak into."

So, if you’re looking to end off a stressful year laughing out loud with your whole family, stream Seal Team on Netflix from 31 December 2021.

More in this category: « Jub Jub intends to take legal action against women accused him of sexual misconduct. Real Housewives of Johannesburg star Naledi Willers dies. »
back to top