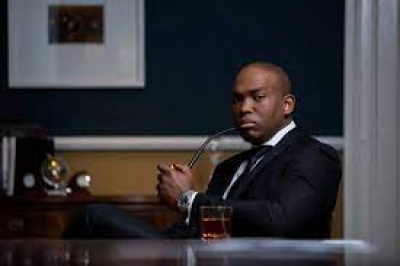 Vusi Thembekwayo has denied the allegations that he physically assaulted his wife which resulted in him being arrested.

The publication reported that the altercation occurred after the motivational speaker cancelled his trip to Dubai, claiming he dragged his wife out of bed and told her to pack and leave his home

He was reportedly arrested and released on bail on 5 December and appeared briefly in the Randburg magistrate’s court on Wednesday, 6 December.

Vusi responded in a statement confirming his court appearance. He said his family is going through a "difficult period" which resulted in him being off social media for a week to deal with the private family matter.

"To address the news first-hand I can confirm that I flew back to South Africa on 6 December 2021 — from an international trip to attend to a situation pertaining to my wife and her long-standing battle with substance abuse. The matter appeared in court this week and has been remanded and is being defended. At all times, I have cooperated with law enforcement to resolve this matter courteously and expeditiously.

"As it stands I maintain my innocence and will prove this in the appropriate forum and trust the justice department to deal with it accordingly," he wrote.

The author then stated he is an advocate for gender-based violence and advocate for equality. "I believe my record speaks for itself in this regard. I must state that I have consistently maintained my family and personal life as a matter of privacy and never sought to make a public spectacle of my family and subsequently ensure that it be kept separate from my career."

This did not go down well with many people who accused Thembekwayo of stooping low in an attempt to discredit his wife and the GBV allegations against him.

More in this category: « A debate rages on social media on Mswane’s 'dove of peace' costume. Miss India Harnaaz Sandhu crowned Miss Universe 2021. »
back to top